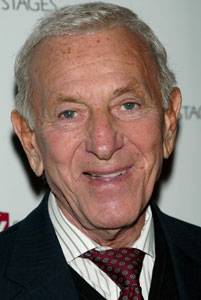 Bio: Jeeves is an original runner who is not really all that bad, he holds himself to a higher authority and tried his best to leave his enemies alive. Though I said tried, this man does have a hot streak and won’t think twice to put down someone who insults his intelligence. Jeeves is a jack of all trades and a master of many, his speciality is espionage and safe cracking. He is the best safe cracker the UCAS has ever scene and he has walked away with some of histories most valuable and priceless treasure. He has done more museum jobs silently and blood free then any other runner or criminal in history. His work is taught in police academies world wide, since anything that is not nailed down is fair game for Jeeves and if it is nailed down he will use a crowbar.
Jeeves emerged on the scene back in 2043 and to date has only killed 5 people most according to Jeeves where deserving and none where on a job. He has trained some of the best cat buglers the UCAS have seen and the prison system is full of people who didn’t heed Jeeves’s warnings or teachings. Many have tried to copy cat this true master but again I believe those are the ones he killed. Just cause Jeeves doesn’t kill that doesn’t mean he is not a serious combatant he just chooses to leave people alive to be baffled and tell the story and spread the legend. Jeeves would also penetrate corporate headquarters world wide as well as the archologies here in Seattle to either steal sensitive data or just for the thrill. He has as well cracked the Kremlin, Buckingham palace and walked off with the crown jewels the English are still pissed about that, he cracked both white houses, the pentagon, and various other major government instantiations.
It is said that Jeeves walked away from the shadows and retired with his treasures only to emerge every so often to keep the legend alive or take out a copy cat. He acted as a trainer after he left the shadows. It is also said that he joined up with the Deaths Hand to assist them with there conquest of Europe, though I can’t see this jolly English chap joining forces with the monsters in the hand. but I guess only time will tell. Remember till the day Jeeves is no more nothing is sacred and keep your valuables well secured.

This is dedicated to all the warriors of the shadows who have fallen in the line of duty. RIP    Crazy Glue: Killed in the Jackals Lantern by an unknown assailant, Her Murder is still under investigation by SPD  Wallace: HRM member killed in the Scottish invasion of England. Rot in Hell Wallace  Tommy: Member of the Regulators recently killed by SPD    Grimm: Member and Leader of the now defunct Ministry, killed by SPD C-SWAT. During the Deaths Hand Invasion  Mr. Walter O'Neil (Sarge): Member of a group only referenced to as the Post Office, He was killed in … END_OF_DOCUMENT_TOKEN_TO_BE_REPLACED