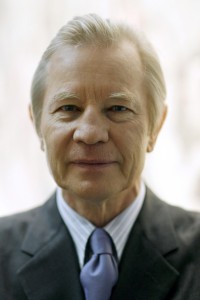 Bio: Well this is another suburban gentlemen that has become a statistic of the war, though for Casper he wasn’t just a wage slave and this man has been a runner for many generations prior to being thrust back into this lifestyle. Casper used to work the streets back in 2035 and retired in 2055 after scoring big on a job against Aztec and this big haul allowed him to live the dream. Casper bought a home, married his sweet heart and took a day job at the local high school as the Assistant Principal as a cover for his large sum of credits. He was truly living the dream and he had everything a former runner would ever want, he came from nothing living in the Barrens to being a respected member of society, he had a wife and children and never had to worry about where he would sleep next nor where his next meal would come from. Casper had it all and he never planned to look back at the lifestyle of the being a runner again. That was till the storm clouds rolled in and the city was over taken with soldiers and the war was about to erupt in the very city he called home.
Casper unlike other suburban dads that where thrust into this lifestyle had advanced waning, this man having contacts all over the city knew something was about to go down and he had enough sense to send his wife and children off on a extended holiday days prior to the attacks. Casper also still had all his old runner gear and was able to prepare himself for the incoming storm and vacate from his undefended-able home and seek shelter deeper in the executive sector knowing the war would never reach that zone. He figured a few days of over priced luxury living was better then dying when his home would become his coffin. Casper as well warned his neighbours and told them to leave the sector, though most just shrugged off his warning and for the countless that died on that day Casper feels responsible and wishes he could have done more to help.
Casper didn’t join the fighting on that day, but that doesn’t mean that Casper didn’t join the fight after and this runner has been fighting for the city against the UCAS ever since. Casper has taken it on himself to be the avenger for the middle class citizens that were murdered in the war, the citizens that had nothing to do with the war, citizens left in the dark and citizens that where killed as the war came to them and there homes would collapse on them from stray rockets, falling planes and rouge missiles and bombs. Casper has also taken a serious interest in protecting the Suburban Rebels known as the Harbingers and has sent many who wish to harm those rebels to an early grave.
Casper is a seasoned infiltrator and hardened assassin this man once he sets his sights on a target he completes his task and for Casper he has set his sights on protecting the face of the war Bilbo and his allies in the Harbingers and he will make damned sure the enemy stays clear of the Lynnwood sector Casper lost to many friends and family on that day of infamy and he will not allow the peaceful Lynnwood sector to suffer yet again. He has walked away from the good life, and has picked up his sword and armour once again, this former school administer has choose his side and he has shed blood, however you feel about the warriors for the city. You must respect their dedication to the cause and there dedication to trying to protect the citizens from harm. Casper has never once drawn innocent blood in his career and he doesn’t plan to start now, he is a vigilante that has chosen to bring down the enemies of Seattle and protect those that live in the Lynnwood sector.
Page Written By: Shadow Writer

This is dedicated to all the warriors of the shadows who have fallen in the line of duty. RIP    Crazy Glue: Killed in the Jackals Lantern by an unknown assailant, Her Murder is still under investigation by SPD  Wallace: HRM member killed in the Scottish invasion of England. Rot in Hell Wallace  Tommy: Member of the Regulators recently killed by SPD    Grimm: Member and Leader of the now defunct Ministry, killed by SPD C-SWAT. During the Deaths Hand Invasion  Mr. Walter O'Neil (Sarge): Member of a group only referenced to as the Post Office, He was killed in … END_OF_DOCUMENT_TOKEN_TO_BE_REPLACED