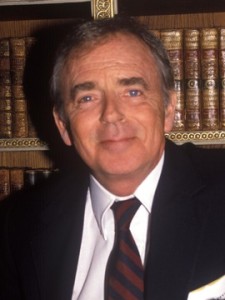 Bio: Aries is just like his name, he is a God of War and this man has no conscience and cares for nothing. He is only content when bullets are flying and blood runs through the street like a raging river. He is one of Holocaust’s top solders and he gets the job done and does it well, Aries has been trained by the UCAS Military and holds a degree in military history and as well structural engineering. This makes him very dangerous, he takes the lessons of history to the battlefield of today, this man can adapt his tactics at a moments notice and is not afraid of bringing down a bridge or building if needed. He cares little about civilian casualties, as long as the message is sent and there blood flows. Aries is not to be confused with Aries Arms he has nothing to do with the corporation and in all actuality has worked against Aries Arms on a number of occasions.  This man is the man Holocaust will dispatch to send a very violent and bloody message to anyone who even dreams of mounting a resistance against them, he has also sent Aries into Aztlan to kill entire villages as a message to there governing body, that there extinction will come soon.
I heard that Aries is on speaking terms with Colonial and as well Davis and this is a bit bothersome, since that means if Holocaust invades from the South and Davis and Colonial from the North Aztlan is in serious trouble. Now I might not agree with the supposed Blood Magic they practice, but that doesn’t mean they deserve what those three men have in store for there people. Well when it comes to Aries this man has taken rail gun cannon shots, and sucked up rotary cannon rounds and kept moving, this man seems to excel in extreme situations and like most samurai the more blood spilled the better he becomes. The people of Seattle shouldn’t have to worry about Aries seeing he is part of Holocaust’s group and they live in exile in Brazil. If you happen to see Aries, contact local authorities and vacate the area quickly since Aries will have no care about painting the streets red with your blood.

This is dedicated to all the warriors of the shadows who have fallen in the line of duty. RIP    Crazy Glue: Killed in the Jackals Lantern by an unknown assailant, Her Murder is still under investigation by SPD  Wallace: HRM member killed in the Scottish invasion of England. Rot in Hell Wallace  Tommy: Member of the Regulators recently killed by SPD    Grimm: Member and Leader of the now defunct Ministry, killed by SPD C-SWAT. During the Deaths Hand Invasion  Mr. Walter O'Neil (Sarge): Member of a group only referenced to as the Post Office, He was killed in … END_OF_DOCUMENT_TOKEN_TO_BE_REPLACED