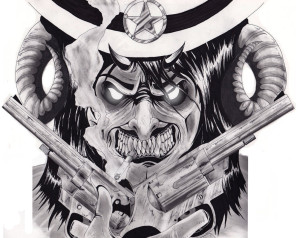 The Cowboys from Hell: The Cowboys are less a shadowrun team than they are an outlaw biker gang. This club is lead by the infamous Tommy Sixxkiller.  They hail  from the CAS and make regular runs into the UCAS and other outlying regions. The club regularly makes its way up to the pacific Northwest through NAN territory to Seattle. Sixxkiller rules this club with an iron fist.   They care less about making money than they do about stealing, killing and just down right terrorizing any and all in their path.

They consider themselves to be modern day cowboys and outlaws. They have no use for the nostalgia of the glory days of the desperados, and this routinely gets them into feuds with the other motorcycle club in Seattle the Regulators. The Cowboys live by the motto of “Live for Today”. This club has no permanent home and the road is their bride. This Club is to be considered extremely dangerous and unpredictable, use caution and contact your local SPD office if spotted. Their Roster: Tommy Sixxkiller, Mohawk, Tomahawk, and Cyrus the Virus. These men are wanted in all sections of the UCAS and CAS.

Be Warned that two of the Cowboys are known members of the Texas Elite: Tommy Sixxkiller and the Rough Riders: Cyrus the Virus, this means the Cowboys can be called upon by either of these fringe groups.

<<<<Photo Updates: This is the most recent photographs acquired by Shadow Beat on the Cowboys From Hell as of 12/01/73>>>> 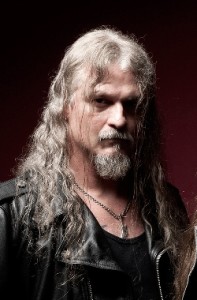 Sixxkiller: Tommy Sixxkiller is the leader of this motorcycle gang, the Cowboys From Hell of CFH for short are a true terror and have no remorse for anything they have done. Tommy is the worst of the bunch, this man will shoot you before dealing with you, he has zero patience for anything that he considers bothersome and for this man bullets are cheap and life is even cheaper. Tommy is a fiercely trained combatant and has had a very troubling upbringing that has lead him into a life of crime. He is of European and Cherokee decent and hails originally from Santa Fe and raised in Dallas, this killer is considered unstoppable and even the gallows didn’t end the infamous Sixxkiller. He has more blood on his hands then any other member of his gang and even though they are getting older, this crew just seems to be getting tougher with age. Tommy is one of the few Texas Elite members not physically born in Texas but this madman was raised in a Texas orphanage and his heritage is well rooted in Texas. The Cowboys have chosen their side in the war and have sided with the Mayor of Seattle and are now fighting for the freedom of all it’s ctizens they once terrorised. 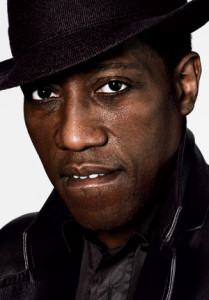 Mohawk: Remington Colt aka Mohawk is a nightmare to behold, this man has been riding for many years and is only now starting to show his age, he was born and raised in Dallas and was born under a bad sign. This man once served the Sons of the True Confederacy and fought in the second Civil War, his own men turned on him do to the colour of his skin and Mohawk survived and went rogue. He is a monster when it comes to combat and once captured, tried and convicted for the countless murders and other crimes he survived the firing squad. He is another of the Cowboys that has native decent, he is part Apache and is a recently accepted member of the Texas Elite. Mohawk might hold discontent to the SOTC for what they tried to do to him after the war, but he is still a Texan and his pride to Texas burns brighter then any sun. His loyalties are to his brothers in arms and he has fully sided with the Mayor and is longing to spill the blood of the UCAS military once again. 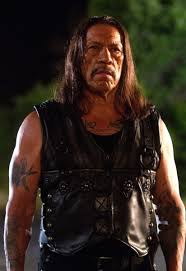 Tomahawk: Eric Blood Fang aka Tomahawk is another of the feared CFH, this man has terrorised the streets for years and has been decreed by the Natives that even death is afraid to approach this man. The blood that flows in his veins is a mix of the Apache and Sioux, and he hails from a small native camp in the northern region of Texas. Tomahawk is another of the CFH that has a massive amount of innocent blood on his hands, he has long since turned his back on his people and walked away. Tomahawk is a former Wildcat that after uncovering some very disturbing information slaughtered his entire village, guards and fellow Wildcats and rode off into the night, he has been a Cowboy ever since and has been bringing terror to the streets making a name for himself as the unstoppable wildcat. Tomahawk was spat out of hell after he survived his execution by firing squad and when he got back up this man slaughtered the innocent guards and officers with his bare hands and waded through the blood and gore as he left the execution site and rejoined his brothers. Tomahawk is fully entrenched in the war and has recently completed the training for the Texas Elite, and has taken sides with the Mayor in the War for Seattle. This is one solider I hope I never have to face or meet in a dark alley. 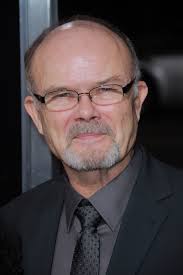 Virus: Cyrus Macbeth aka The Virus is the only Cowboy to not hail from Texas, this man is from Boston and even though he has very strong European ties and blood line, The Virus as well has native blood in linage though slit he has no idea of the exact tribal linage. This man is also one of the rare aspects of the Cowboys as he is highly educated and was once a professional and it seems through age the Virus is returning to those early routes. This man is a explosives and bio-chemical terrorist and he has terrorised most of New England with his experiments and hypothesis, leave it to the Virus to turn against his own people for no better reason than a science experiment. He was born evil and hasn’t changed one bit over the years, besides becoming less random and more precise with his attacks. The Virus has been a Cowboy for decades and is normally the soft spoken word of reason, he is the one who keeps this gang from imploding and becoming nothing more than a murderous killing machine to eventually be taken down by the combined might of a unified law enforcement task force. The Virus was also captured in Quebec and executed by gas chamber and he just walked out of the chamber after killed the guards and strapped the warden into the chair and returned the favour to a very scared innocent man. The Virus is still riding today with the Cowboys, and he as well has accepted the invitation into the Rough Riders by Colonel, hence why the Virus is back in his suits and ties. This man still wears the colours of the CFH and he is still very much a threat on the battlefield, Virus is a Boston native and his patriotism runs deep in his veins. He as well has picked a side and is now standing with the Mayor and his brothers in arms of the Cowboys from Hell, this gang is riding as one and will fight as one but never underestimate the scientist from Boston known as the Virus.

This is dedicated to all the warriors of the shadows who have fallen in the line of duty. RIP    Crazy Glue: Killed in the Jackals Lantern by an unknown assailant, Her Murder is still under investigation by SPD  Wallace: HRM member killed in the Scottish invasion of England. Rot in Hell Wallace  Tommy: Member of the Regulators recently killed by SPD    Grimm: Member and Leader of the now defunct Ministry, killed by SPD C-SWAT. During the Deaths Hand Invasion  Mr. Walter O'Neil (Sarge): Member of a group only referenced to as the Post Office, He was killed in … END_OF_DOCUMENT_TOKEN_TO_BE_REPLACED