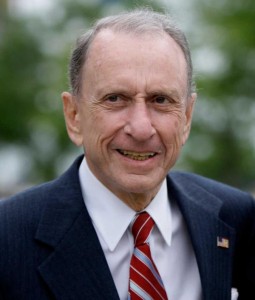 Bio: This freelancer actually scares the crap out of me as a citizen of the UCAS and resident of Seattle, the Pedagogue is a man out to teach the word a very valuable lesson of respecting life, though how he does this is through removing life and forcing people to suffer great tragedies. He does this trough sever wounds, nasty traps and killing of loved ones and friends. He sees himself as a teacher and a very strict old school one out to bring order to his rowdy classroom, and if a few students need to be permanently expelled well so be it, he will have a new batch next year. This man is part of what we would call the lost generation and has been teaching school ever since, nobody knows what motivated this man to approach life in this manner but one day the Pedagogue just showed up and this tenured runner has not taken retirement yet.

There is nobody he won’t target and take to school, he even had the mighty Quickdraw schooled as well as many members of the Unknown Soldiers and Wind Runners (See Helix). This man is the real deal and has friends everywhere on the streets, though many of these friends are former students. Though if the Pedagogue see’s you as a proper young man or women he might actually take you on as a student and train you in the skills and arts he knows. Though this is a extreme rarity, it’s more likely that you will end up being taught a lesson by this man the hard way, he is very old school and old fashioned in his dress and manners, this man is very strict and damn scary. His gaze has been known to cower the most hardened of veterans and street killers, he doe not tolerate disrespect in any form and good forbid he hears foul language in his presence.
Remember the Pedagogue see’s himself as the worlds teacher and he is a strict educator, he is professional in his dress and mannerisms and can’t stand the unprofessional nature of many of the younger runners and is not above letting his disgust be known when dealing with street level runners. The Pedagogue is also not playing with a full deck, so you will not win an argument with this man, he is stuck in his ways and trying to combat a physical adept of unknown strength is never going to end well for anyone involved.
He is also close friends with the Chemist, Phoenix, Gonzo and Joker so this is not a man you ever want to cross when he has the Devil’s Rejects on speed dial. Hell he might even be a Reject and it is just not known yet, it would make sense since that whole team is off their rocker. So always keep an eye out for the Pedagogue for he always has room in his classroom for another student, and this is one graduation you might never live to see.
Page Written By: Shadow Writer

This is dedicated to all the warriors of the shadows who have fallen in the line of duty. RIP    Crazy Glue: Killed in the Jackals Lantern by an unknown assailant, Her Murder is still under investigation by SPD  Wallace: HRM member killed in the Scottish invasion of England. Rot in Hell Wallace  Tommy: Member of the Regulators recently killed by SPD    Grimm: Member and Leader of the now defunct Ministry, killed by SPD C-SWAT. During the Deaths Hand Invasion  Mr. Walter O'Neil (Sarge): Member of a group only referenced to as the Post Office, He was killed in … END_OF_DOCUMENT_TOKEN_TO_BE_REPLACED