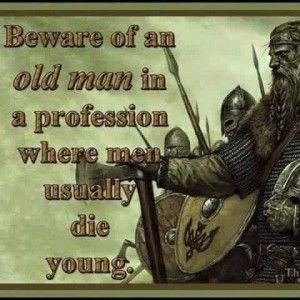 I am not going to go into each and every one of the originals on this page, as there is a bunch of these old timers running around the shadows once again. I will focus on a select few that have returned to the shadowy streets of Seattle. This is an informational page only and hopefully the information here will save a few lives, the originals are a group of very powerful runners that have skills, cyber and magic that out class even the best of the next generation. These runners have been operating since the early 2030’s and most faded away come the 2050’s only to return almost two decades latter. Though from my research these men have never fully went underground, they just walked away from the world of running the shadows here in Seattle only to work inside various agencies like the Police Departments, Fringe Paramilitary groups such as the Patriots and SOTC, joining the Deaths Hand or even working inside the Government in politics or black sites. These runners have become a real threat to the way of life for those that came after them, since new laws where enacted because of them, they are using there knowledge of the shadows to combat other runners, and there power level is off the charts.

When it comes to an original they have been through and seen basically everything a runner or agency can through at them, they wrote the book on running the shadows and do to this dealing with these men can be a bit troubling. These runners have zero loyalty to anyone other then each other and this is even a bit tedious at best, the originals are a group of men that claim to be the judge, jury and executioner for the generation that came after them. The claim that this generation failed to adhere to the warnings of Fable and have caused what has been referred to as the winds of change, well it seems these men have forgotten there own teachings and have began to work the shadows once more though they claim there work know is for the betterment of the nation.

This group is very dangerous and just encountering one of the originals on the street can be your last day on earth, the problem is these runners are not normally alone and they are travelling in small groups, even just two of them can be very lethal for even the best trained and cybered runners. These are men that have developed abilities that are off the scale, like shrugging off magical and physical attacks, altering spell signatures, feats of speed and strength that have only been seen in comic books and the ability to wield multiple foci of the same type. Some of these men have become such an Apex Predator that even there gaze has been reported to be so unsettling it resembles the fear attacks of some paranormal creatures, and that not to mention there combative abilities can even scare the pants of most hardened samurai’s.

The fact that the originals are returning in droves to the streets means there is a change brewing, and something big is in the works. These men outclass every known runner and can tangle with the best alone. Even the feared Tigger is no match for some of these old timers, are they here to police the streets and prevent another winds of change or are they here to reclaim the shadows as their own. We will have to wait and see, but it seems that there return does coincide with the war on the NAN and since these runners are old enough to remember those bloody days. I will have to say this might be bigger then we once thought, if you look at the roster of the Rough Riders, Texas Elite, Patriots the originals are all over that active duty roster. These men might have there sites set on a bigger issue and be aiming to restore this land to what it was prior, please my readers do not think that these runners are the hero’s that you have seen on the trideo, read in comics and have seen portrayed in blockbuster Hollywood movies. These runners are the real deal, they are try and true shadowrunners, they are the men who built the shadows, they have survived decades within it and care little for the popularity of there fame. These runners are hardened killers, with a body count that runs for decades, they have done some of the most vicious and legendary jobs this city and other cities have ever seen, they wrote the book on shadowrunning and have been keeping it up to date, these men are real shadowrunners and will steam roll anyone who gets in there way. Please keep this in mind these originals are very dangerous and deadly, I once took there age and handles to be a joke and they would be an easy mark and they were a joke. I was dead wrong, and that misinformation cost allot of people there lives, and for that I am sorry.

I will list them in an order of lethality, remember readers just cause one of these runners is near the bottom doesn’t mean they are not very lethal. Even the weakest of this group is more than a match for some of the cities best known runners.

This is dedicated to all the warriors of the shadows who have fallen in the line of duty. RIP    Crazy Glue: Killed in the Jackals Lantern by an unknown assailant, Her Murder is still under investigation by SPD  Wallace: HRM member killed in the Scottish invasion of England. Rot in Hell Wallace  Tommy: Member of the Regulators recently killed by SPD    Grimm: Member and Leader of the now defunct Ministry, killed by SPD C-SWAT. During the Deaths Hand Invasion  Mr. Walter O'Neil (Sarge): Member of a group only referenced to as the Post Office, He was killed in … END_OF_DOCUMENT_TOKEN_TO_BE_REPLACED