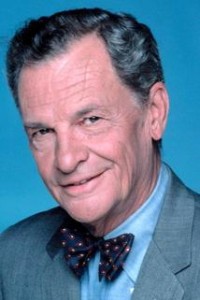 Bio: Well when it comes to the man known as Rabbit, their is one thing you need to understand. Rabbit is one of the most successful private eyes in the business, this man has been on the job for well over thirty years after washing out of the police academy do to physical limitations and a morale objection to the tactics of the Star. Rabbit is one of the good guys and he doesn’t take the cases that normally pollute the reputation of the private eye, you wont find this man working for the insurance companies or going after the cheating spouse. No Rabbit takes cases that involve missing people, extortion and solving the unsolved cases that the Star and now SPD have written off as cold or unsolvable. Rabbit works for the people and his fee’s are always manageable and on a sliding scale based around the clients income level and he always takes a payment structure. This is one is one private detective that you will not have to worry about any hidden fees or fine print to screw you. With him it’s all up front and nothing hidden. he values honesty first and foremost for Rabbit it’s all about his reputation as upstanding citizen and his dutiful and dedicated nature to each and every case.
This does at times leave him vulnerable to being taken advantage off and when that happens, don’t think Rabbit will not get even and make life a living hell for the client. He might be one of the good guys, but you don’t get far in the private detective world without making friends with some very dangerous and morally corrupt individuals. This means he will reach out to those that most citizens would cross the street to avoid to let the client know that crossing Rabbit is not the bet idea. He might not want to inflict harm on someone, but he won’t just roll over and take it either. Rabbit can and will defend himself and this detective has been well trained in firearms and he can hit the bullseye at 100 yards without a smart-link system keep this in mind.
Rabbit is a very cunning man and he holds true to very old school tactics and detective work, he uses his instincts, his gut and his intuition when dealing with any client and any case. He has had a very successful and long career, finding the unfindable and solving murder cases that have gone unsolved for decades. To call Rabbit Dick Tracy of the modern age is to under credit Rabbit here, this man is a modern day Sherlock Holmes and again thats not giving Rabbit his full credit. The list of cases that this man has solved is extremely long and it would be easier to just head over to his Matrix Address and take a gander for yourself. This detective has received accommodations from multiple Mayors of Seattle, Law Enforcement personnel and even the President of the UCAS has awarded him the highest award for a civilian to receive for his rescuing of the Vice President after he was abducted by a foreign terrorist cell. Rabbit was able to solve the case and bring the VP home safe and sound. This old detective has acute senses and he never allows himself to be overtaken with emotion. This man might be named after a nervous little rodent, but this Rabbit has nerves of steel and like most detectives he trusts no-one. Rabbit might value honesty, but if he trusted everyone he would have never lasted this long and he would probably have been killed many years ago.
This old detective tries to relies on his natural ability over the need for cyberware, though he understands that only the stupid try to work on the streets without having some sort of edge and he has adapted and has a few pieces of chrome that assist him in his professional life. Rabbit is one of the few people on this site that can actually be called a hero and has actually gone through most of his career without ever drawing his weapon and he has never killed a single person. Wounded them yes, but Rabbit has never taken a life even in self defence, this is something he is proud of. Rabbit believes whole heartedly in the justice system and he prefers to bring the guilty to justice and allow them to have their day in court. This both allows the system to work and for the victims to receive closer.
Rabbit is always taking cases and even though he might be bogged down with a very heavy case load, this detective will always make time for your case and he will always treat his clients with the utmost respect. He will talk to you with compassion and he will not treat you unfairly and if he feels that he can’t solve your case, he will always be honest with you and he will never give you any false hope. If Rabbit can’t solve your case he only charges you the upfront retainer fee and he eats the loose. This is unlike other Private Detectives that will over charge and then tac on hidden fee’s and expenses. This is one man who is truly on your side and actually gives a damn, so treat Rabbit right and he will treat you right. Do him wrong and you will wish you were never born and you can take that to the bank.
Page Written By: Shadow Writer

This is dedicated to all the warriors of the shadows who have fallen in the line of duty. RIP    Crazy Glue: Killed in the Jackals Lantern by an unknown assailant, Her Murder is still under investigation by SPD  Wallace: HRM member killed in the Scottish invasion of England. Rot in Hell Wallace  Tommy: Member of the Regulators recently killed by SPD    Grimm: Member and Leader of the now defunct Ministry, killed by SPD C-SWAT. During the Deaths Hand Invasion  Mr. Walter O'Neil (Sarge): Member of a group only referenced to as the Post Office, He was killed in … END_OF_DOCUMENT_TOKEN_TO_BE_REPLACED