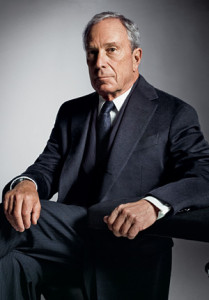 Weight: 135
Apparent Age: 60
Archetype: ??
Preferred Weapon: ??
Runner Song:
Bio: <<<<YOU HAVE BEEN SET FOR EXECUTION>>>—<<THE HANDS JUSTICE WILL BE APPLIED>>><<<FILE ERADICATED>>>–
<<<CONGRATULATIONS YOU HAVE EXTERMINATED YOUR FAMILY>>>> Seven deadly Sins—-2,500,000 bounty on the head of the reporter, his full family and lineage, The reporter is to be killed last by order of SEVEN>> Happy Halloween……
This man is the nefarious Alexander Church of the Deaths Hand, sadly there is almost no information about him within the Matrix that hasn’t been eradicated or has been fully propagandised making him seem to be a caring and dedicated leader, well anyone who believes that needs to have their head checked. This is Fucking Alexander Church the Supreme Commander of the Deaths Hand and he is no Boy Scout; for Christs sake he would have made Hitler look like a choir boy.
Alexander has in just over a decade manged to conquer nearly all of Europe, Africa, Most of Asia and South and Central America under the alliance with General Graham Drexel; when he takes control of a location he will fully subjugate the people and force them to serve the Hand or die by horrific means, he employs thousands of cleaners, assassins and deckers to reinforce his might and not to mention his personal hit squad of Captain, Patches, Wraith and Panama to only mention a few. Also the Hand does not like loose ends and Alexander hates frayed ends and will go to any expense to tie off those ends and that means one thing death.
He has Generals and Enforcers in every territory he owns and these men act as regional Governors that rule under military law of the Deaths Hand and all that serve the had answer to Alexander directly and fear of this man is well earned. My life is forfeit just writing anything about Alexander and I am just reporting known information and I have signed my death warrant with my first keystroke. I might commit suicide if given the chance before being captured and crucified for General Church’s amusement.
So I will keep this short seeing that all I have is basic information and nothing detailed besides this being the Worlds premier commander and a tactical genus with no equals, he deploys masterful technology and has found a way for the people to worship the ground he walks on all the while he is subjugating and enslaving them and the fools beg for more control and protection from this maniac.
Rebellions that spring up in his empire are dealt with quickly and snuffed out with the officers being publicly humiliated prior to their brutal execution knowing that Alexanders cleaners have already made short work of any family. This man is beyond dangerous and his high command are all his friends from his days in the UCAS such as the Professor, War Machine and the Dictator who are all equally ruthless and no one dares to move against the Deaths Hand out of fear of reprisal.
Alexander doesn’t tolerate anyone who questions his authority and God given rite to rule and conquer, he claims its a birth rite and he seems destined to grab control of the entire globe before the end of the 2070’s unopposed, even the rebels had to make an alliance with him to keep Alexander from coming across the pond to North America, sad part is he is already here and in my opinion just waiting for the right time to strike and steal control.
North Korea and China both declared war on the Hand and Alexander reacted with swift justice and started a bombing campaign in Korea and forced surrender in just days and China ended up fighting a two front war the Hand on the west and the Mongolian Empire to the East and with the Deaths Hand Panzer Division blitzkrieging and bombing vital infrastructure as well as the soldiers enslaving the Chinese people and military specifically targeting the males and butchering the women; China is now regretting there decision to attack the Hand, Alexander see’s them as second class citizens and has zero care for the women and has ordered his generals to commit racial genocide of the Chinese people in China and this is something that the Hand specialises in especially General Kringle so there will be no sleep loss as the Hand erases the deplorable Chinese empire and Alexander just claims further territory to expand his Empire.
He now controls all of Korea and has been sending the gang-pressed Koreans as shock troopers to assault China under penalty of death and dishonour, I can already see that my computer has been hacked and I can hear the assassins downstairs it won’t be long now before I am nailed to a cross and spend my last hours crucified and castrated as an enemy of the Hand…………This is Panama, the reporter is now gone and this will be his swan song, Alexander approves this message and let this be a warning to any and all who dare to report on the Supreme Commander a cross will be waiting.
PANAMA

This is dedicated to all the warriors of the shadows who have fallen in the line of duty. RIP    Crazy Glue: Killed in the Jackals Lantern by an unknown assailant, Her Murder is still under investigation by SPD  Wallace: HRM member killed in the Scottish invasion of England. Rot in Hell Wallace  Tommy: Member of the Regulators recently killed by SPD    Grimm: Member and Leader of the now defunct Ministry, killed by SPD C-SWAT. During the Deaths Hand Invasion  Mr. Walter O'Neil (Sarge): Member of a group only referenced to as the Post Office, He was killed in … END_OF_DOCUMENT_TOKEN_TO_BE_REPLACED