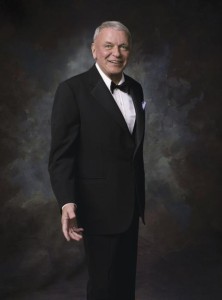 Bio: Well this here is one of a dying generation, the Showman is the master of flair and glamour. This magician wields great power and he also walks the fine line of being a physical adept. He has been in and out of the shadows since those very early days back in the 2030’s and just doesn’t seem to stay hidden for long. This man unlike his fellow founders enjoy’s the spotlight and can’t stand to see himself fade away fully into the cold dark night, no he keeps his skills sharp and works where he is needed. This man may have walked out of Seattle’s shadows heeding Fables warning but he didn’t stay unseen, he emerged in many of the countries great cities from coast to coast lending his skills to a variety of operations.

The Showman is a man of many skills, he is dangerous as a rattlesnake but also as charismatic as a politician and don’t forget his southern down home charm. To the Showman the world is his stage and he is the main event, this means he will always do whatever it takes to get the job done and he will go to extremes if needed. This man is always dressed in black tie during the hours of the night or on an operation, he is not a careless killer as he ardours the fame and wishes not to tarnish his reputation by killing innocents, though who is innocent and who is guilty is left in the eye of the beholder when it comes to the Showman.
When he is working it is always a sceptical and a site to see, he wields powers of the hermetic only before seen by the likes of Ringmaster, Arctic and Shyster. His martial skills are impressive and masterful, there are few that can hold a candle to this man in his ability to entertain and bewilder a crowd. The Showman is a rare breed and with this he is true legend of the streets, he has avoided arrest for decades, and he has lent his name to many of the ages legendary operations. He has returned to Seattle to help defend his bride, from the threat that befalls her. He has returned to entertain us once again with his antics and he has returned to show the world why they call him the Show Stopper.
Page Written By Shadow Writer.

This is dedicated to all the warriors of the shadows who have fallen in the line of duty. RIP    Crazy Glue: Killed in the Jackals Lantern by an unknown assailant, Her Murder is still under investigation by SPD  Wallace: HRM member killed in the Scottish invasion of England. Rot in Hell Wallace  Tommy: Member of the Regulators recently killed by SPD    Grimm: Member and Leader of the now defunct Ministry, killed by SPD C-SWAT. During the Deaths Hand Invasion  Mr. Walter O'Neil (Sarge): Member of a group only referenced to as the Post Office, He was killed in … END_OF_DOCUMENT_TOKEN_TO_BE_REPLACED