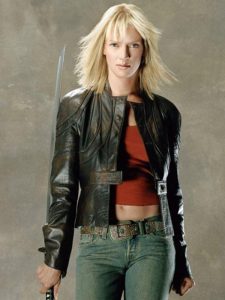 Bio: Well if you ever wondered what a child of Colonial would be like, well their is one answer and that is Liberty. Yes readers our new Deputy Mayor has a daughter and she is one true bad ass warrior. From the information I have acquired Liberty wasn’t raised in a pampered life, she was raised for war and this young women earned everything she has. Her father didn’t coddle her or keep her sheltered from all of his workings and as soon as Liberty was old enough to pick up a weapon she was being trained in the finer arts of combat from some of the most legendary of shadow warriors and her father.

As I have said Liberty was not treated in any special manner for being Colonials daughter, though she had a large legacy to fill and others expected more out of her physically do to who her father is. She didn’t have a normal childhood or teenage life, and for her sweet sixteen Liberty was enlisted into one of the elite guard units of Boston and sent straight into the fray. For her this was normal and her whole life was being built up to that exact moment. She became a true hunter of what they called the enemy and before she was 18 liberty had already committed murder in the name of the cause. She left a group of natives decapitated bodies in the historic Boston centre and this was just the start for Liberty.
As a reward for killing all the native she did in two years her father rewarded her with a transfer from the Boston Guard to the elite fighting unit known as the Rough Riders. Though he also expected that she would perform and keep killing for the cause and she has not disappointed in any fashion. Liberty is one of the youngest Rough Riders next to Hero and this young warrior has truly taken action and even impressed her units leader the Postmaster. Liberty has more then proven her worth and has shown that all her training has been worth wild as she is a terror with the sword, her other combat abilities are no shabby either.
Liberty is still a Rough Rider and it is said she has entered Seattle at her fathers request, to help bring down the natives and other traitors to the cause and servants of the false flag. This is only a rumour, but knowing of Colonials reputation I wouldn’t put it past him to bring more outside help, to hunt down all those he deems to be enemies of the cause. This means that if you still support the UCAS and are proud of the government you might be secretly on his list and this means that you could be a target of Liberty. Keep an eye out for this Kingsbury, she is no good and she does her fathers bidding without question.
Page Written By: Shadow Writer

This is dedicated to all the warriors of the shadows who have fallen in the line of duty. RIP    Crazy Glue: Killed in the Jackals Lantern by an unknown assailant, Her Murder is still under investigation by SPD  Wallace: HRM member killed in the Scottish invasion of England. Rot in Hell Wallace  Tommy: Member of the Regulators recently killed by SPD    Grimm: Member and Leader of the now defunct Ministry, killed by SPD C-SWAT. During the Deaths Hand Invasion  Mr. Walter O'Neil (Sarge): Member of a group only referenced to as the Post Office, He was killed in … END_OF_DOCUMENT_TOKEN_TO_BE_REPLACED