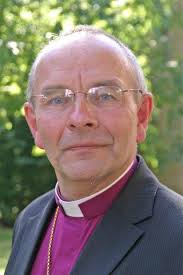 Bio: His name is Archbishop Johnathan Eric Academia and he is the Grand Knight of the Cross meaning this man is at the top of the food chain within the Knightly Order and their is no man above him that has been duly knighted by the crown of England. This man has twisted and corrupted the duties and oaths of being a sworn member of that order for his own twisted perversions, to him we are living in the of Christian control and he is on a crusade from the lord above to defeat and convert the non believers to his personal view of religion. They as well call him Benediction and this man is the real deal when it comes to powers that be in battle, and if they had this physical adept back during the crusades we might have a very altered version of history as this man fights with a level of prowess almost unheard of by anyone else save a few well known shadow warriors and even those might be hard pressed to handle his zealous nature do to his unyielding faith.

Where he came from is a mystery but what we do know is that he has served the Steel Legion as their Religious Affairs officer since the earliest of days and has been working ever since to restore the Church of England to its former glory, all the while attempting to restore the war on the Catholics and other religions within the British Isles. To him you either follow the ways of the England’s Church or you are a heretic and need to be converted or purged to save your soul from eternal damnation. Needless to say he is not all that popular among those that don’t subscribe to his ancient and archaic thought process, but he does seem to be able to cull the meek within his flock and has gained quite a reputation propelling Reverend Academia all the way to Archbishop and placing him directly in control of the entire Church of England and without a proper King or Queen to oversee his actions, he would be left to his own vices thus would begin the crusades once again.

The Archbishop would restore the ancient order known as the Order of the Cross and begin to wage war upon the unsuspecting religious minorities within England, as he would also begin to hunt what he considered to be evil and vile magics and spirits; this would be both a blessing and a curse for the British Isles. His crusades against the religious minorities would not go unnoticed by many fringe groups and he would gain favour from a vast majority of the worlds population that would consider religions like Islam to be evil and deserved eradication. Though he wouldn’t stop with the Islamic faith as he would begin to target anyone that wasn’t a Christian by his definition and this meant if you were not part of the Church of England you either converted or faced summary execution. This was the part of his crusade that the world didn’t see directly, but was being felt all across Great Britain. The people of England where under attack from multiple angles during this period of time, the elves of the Nog where invading through Wales the War of the Nobles was in full flair and the Scottish rebels where beginning to march into England to claim English soil as theirs under the command of Scotland’s Queen known as Bloody Mary. This would allow the Archbishop’s crusade to go mostly unnoticed as his Knights where just another element in the many threats to England.

The Steel Legion would eventually get wind of the Archbishops actions and quickly reign in their rampaging noble as his order would be needed else where to properly defend England from the physical threats of the Elves and Scottish rebels that where butchering the people by the hundreds. The Nobles had decimated the legal system, the government was non existent and England’s royal family had been butchered from within the country was on the verge of collapse and all seemed bleak for the once great nation. The people were crying out for help, and only the Steel Legion wold be able to fill the void left in the wake of the nobles as Lord Yorkshire knew that between a proper system of government and religion he could help restore order. The Archbishop against his will would end his direct crusade and merge his Knightly order into the Steel Legion to help defend the country he so loved, thus would begin the internal conflict between the Knights of the Cross and the Magi of the Pale Moon but more on that later on. Once the Steel Legion would house the Order of the Cross the conflicts within England would suddenly begin to fail as the Elves couldn’t match their physical prowess and with the mystical back up from the Pale Moon the Nog would retreat back to there home, while the Scottish rebels were no match for the Knights of the Cross and band after band would end up laying broken and defeated on English soil and if it wasn’t for the Legion raining in the Archbishop and his personal squad of Knights, Scotland might have actually fallen directly to England.

Bloody Mary would surrender to the English on December 20th 2030 and Lord Yorkshire would allow Scotland to remain intact and part of the English system of Government though he would strip all of their nobles birthrights and hand their titles to Englishman that helped fight in defence of their homeland. Scotland would once again be partially under British control this would not make Mary happy and she would become a thorn in the side of England for many more years until she would be forced to fake her own death to escape the British assassins that would hunt her relentlessly. Though for the Archbishop he was not happy with the surrender and wanted to fully enter Scotland and remove anyone that even breathed the words rebellion and even thought of being a modern day William Wallace, though he would once again become distracted by his duties within the Steel Legion and his obligations within the Church that would by the end of the Noble War would be once again the dominating religion of England.

This is dedicated to all the warriors of the shadows who have fallen in the line of duty. RIP    Crazy Glue: Killed in the Jackals Lantern by an unknown assailant, Her Murder is still under investigation by SPD  Wallace: HRM member killed in the Scottish invasion of England. Rot in Hell Wallace  Tommy: Member of the Regulators recently killed by SPD    Grimm: Member and Leader of the now defunct Ministry, killed by SPD C-SWAT. During the Deaths Hand Invasion  Mr. Walter O'Neil (Sarge): Member of a group only referenced to as the Post Office, He was killed in … END_OF_DOCUMENT_TOKEN_TO_BE_REPLACED