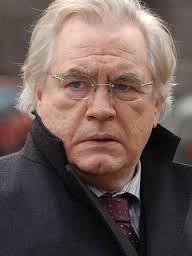 Bio: Let me start this off by saying, I bequest all my worldly possessions to my wife as I will probably be dead within 24 hours of this article going live. I understand the risk but as a reporter I must report the facts and bringing to light the man known as Megaladon could one day save the life of many, so my death won’t be in vain. This monster that sails the seven seas, is a member of the infamous Crimson Blood pirate clan and not just an average sailor no the Megaladon is the high commander of the boarding crew for the legendary flag ship the Siren. This man wades through blood and gore and never rests till the last of his chosen enemy lay beaten and broken on the deck. For this man feels no fear and has no humanity left in his body, his soul long gone and he is only content when he is fighting and this the Megaladon does extremely well. He is not just a front line fighter, this man is as well an ambush predator and his skills in stealth are beyond legendary. The Megaladon has served on the Siren for over four decades and doesn’t seem to be slowing down any time soon. Though we in Seattle have a serious problem, the Siren has been docked in our harbour since the naval battle and the Governor has given many of his top aids shore leave. This is a serious issue people, the Megaladon has been spotted numerous times within the proverb of Seattle and has been given free reign to do as he damn well pleases.

This is dedicated to all the warriors of the shadows who have fallen in the line of duty. RIP    Crazy Glue: Killed in the Jackals Lantern by an unknown assailant, Her Murder is still under investigation by SPD  Wallace: HRM member killed in the Scottish invasion of England. Rot in Hell Wallace  Tommy: Member of the Regulators recently killed by SPD    Grimm: Member and Leader of the now defunct Ministry, killed by SPD C-SWAT. During the Deaths Hand Invasion  Mr. Walter O'Neil (Sarge): Member of a group only referenced to as the Post Office, He was killed in … END_OF_DOCUMENT_TOKEN_TO_BE_REPLACED