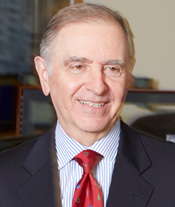 Bio: Here is the mighty Speedy and he is here to corrupt the youth with his lies and deception, the elders of the rebellion are simply crying about a false history being taught in our schools. Well Grimes your the one spreading the lies and deception, history is recorded in the text books and what you spew in the classroom is nothing but rumours and misinformation. This career marine from the 51st Razorbacks now known as the Ghouls of the Shire has put his weapons down and entered the classroom where he teaches US History and not UCAS History….he was fired and to continue his burning hatred of the UCAS he would join the US Elite. Though one good point this ghoul of the shire is so fucked up from defending the Welsh coast that he can’t leave the base and relegated to desk duty.

Seems all these Inishmore veterans are simply just washed up hacks that need to feel like a man again and put on a uniform, but need to hide near  pharmacy or they are useless. Speedy might have been once a serious problem seeing that he is part of the Federal Immorality Project, a veteran of World War One, World War Two, Korea, Vietnam, Grenada, Desert Storm and Operation Iraq Freedom; and when deployed to the shores of Wales he would be gravely wounded and retired. Where does a career soldier and officer of the 51st Razorbacks go when they can’t fight anymore? To the classroom, seems like a trend in the rebels, Conductor, Thirteen, Harley, Unc, Forsaken, Abstract and many others…..you know what they say, those that can Do and those that cant Teach.

Why they let this broken gunner into the US Elite is a mystery, but one can assume that he was tired of wearing a civilian suit and wanted to parade around like a toy solider with his metals all polished and shiny impressing some wet behind the ears recruits. A trained combat medic and surgeon yet he resorted to primitive medical techniques on the shores of Wales. How many soldiers died for infection or shock from a burning stick, sand and salt being poured into their wound tracks….well Speedy how many did you kill?

I guess they call him speedy seeing that he was quick to dive for cover and hide during the Inishmore invasion and when the smoke cleared he and Prescott would survive. Well maybe because you hide like a coward and let your men die in your stead, a real officer would have charged and died with the rest of the boys….respect points lost for cowardice, he is lucky they didn’t just hang him instead of forcing him into retirement. Though I think he should have been swinging from a broken neck with soiled underpants, that would have been justice for the Inishmore soldiers you helped kill and the American Marines you let die in your place. Nothing better than watching a US Marine swing from the gallows with a broken neck and shit filled trousers; I just love the executions where they let you all suffer and struggle as the air is slowly squeezed out of your lungs, watching piss run down your legs and shit leak out your back sides….those are the best to watch and I hope you are given a long drawn out hanging.

Well I might be just dreaming of watching the sea of never ending hangings that will be coming once all you rebels are captured and brought to justice, though sadly I feel you all will just hang anyone that stands against you. Though for you Speedy there is a special place in hell waiting for you, and as a coward I hope you have a nice yellow streak in your uniform to represent you being a chicken.

So I guess you want to know about Speedy besides the coward that he is, well he is a machine gunner adept and like Striker hides behind automatic fire to keep himself alive and safe to afraid to face his opponents on the battlefield, though in his broken state I wounder if he can even pick up the big gun anymore of if he just cowers in a corner and lets others do his bidding. The fact that he is  colonel is stupid what is he going to command….paperclips, post it notes or maybe pens and pencils got to keep the office in order and his metals polished…………………………………………………….Enough, Enough,Enough!!!!! Speedy is a man of honour and has more integrity in his pinky toe than you do in your entire body. You like hangings so much why don’t you shit your pants as I stretch your neck with a hemp neck tie!!!!!!!!!!!! You fucking Demure are worthless and as useless as a hold out pistol. Good boy squirm for me, struggle, twist and kick, look your pissing yourself and wait do I smell crap. Yup you just shit yourself you fucking bastard….you want me to pull on your legs to snap your neck, whats that I can’t hear you….speak up you bastard, nope struggle for your life, not going to matter. You should be passing out soon as your brain is being deprived oxygen and the nerves will black you out in a vain attempt to save your skin….you will die as you sleep and once you are gone I will leave you to be found by your mommy.

This is dedicated to all the warriors of the shadows who have fallen in the line of duty. RIP    Crazy Glue: Killed in the Jackals Lantern by an unknown assailant, Her Murder is still under investigation by SPD  Wallace: HRM member killed in the Scottish invasion of England. Rot in Hell Wallace  Tommy: Member of the Regulators recently killed by SPD    Grimm: Member and Leader of the now defunct Ministry, killed by SPD C-SWAT. During the Deaths Hand Invasion  Mr. Walter O'Neil (Sarge): Member of a group only referenced to as the Post Office, He was killed in … END_OF_DOCUMENT_TOKEN_TO_BE_REPLACED