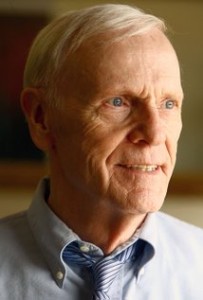 Bio: Iceberg is just like his brother Blizzard, he was given a sacred duty to defend the sacred sites in Iceland from the betrayers of the Gods. This duty was stolen from them as their order was brought to near extinction at the hands of European Legion. The brothers fought long and hard against an enemy that would not stop coming, they waded through a sea of blood and bodies holding the enemy at bay for days as their axes and swords drank gallons of Christian blood. Though as the brothers defended the entrance to the last of their sacred sites, the enemy kept coming and never relenting till the brothers where fighting while standing on a pile of fallen bodies. Covered in blood, sweat and gore these Viking warriors kept fighting ignoring the wounds that pierced their bodies they could feel the blessings from the Gods as they slaughtered wave after wave of the Legion.
Though eventually they would be forced to retreat as the numbers would grow and the brothers knew that as the last of their sacred order they would have to restore the order or it would become extinct as they fall in battle and join their brothers in the golden halls of Asgard. Blizzard and Iceberg called upon their ancient gifts granted to them by the All Father and would cause the ground to shake violently as the magma from the earth below would rise up and consume all who stood in its wake. Thunder would rumble across the landscape as Thor would send a crackle of lightning down from the heavens to cause the caves entrance to crumble and collapse in its wake. They would seal the piles of stone and volcanic rock with the blood of the Gods and escape with their lives and live to fight another day.
This is how the brothers two managed to come to America, they rode across the sea on the Dragons back as exiles from their home and never to again set foot on the shores of Iceland. Iceberg like his brother shed the Viking image to be able to blend into the new world they would be forced to call home. These immigrants from the land of ice and snow initially where treated like the outsiders they where, they might have shed the long hair, beards and leathers but they where still violent and aggressive and didn’t understand how to acclimate to living in a land where fighting and killing where not a way of life. They had spent every day of their very long lives fighting against the enemies of Odin and Asgard and here they were strangers in a strange land. Unaccepted and Unwelcome as their enemies would follow them to the new land and engage them here, this time the brothers where at a disadvantage in Iceland they knew who the enemy was. Here the enemy looked like everybody else and they would have to engage a force that was using tactics these ancient warriors where unfamiliar with.
Though for the duo they where fine with continuing to fight, as it was the only thing they knew and spilling blood was very pleasing for Iceberg and he could care less who felt the sting of his axe as long as it drank blood. Though as the years went by they would learn about the unholy alliance and understand that they could keep fighting against a common enemy here on the soil their forefathers had once discovered. They could help defend a civilization that was alien to them and fight to bring down another tyrannical king till the day the Gods called them back to Iceland. Iceberg like his brother knows that they must restore the order and restore the heritage of their pillaged country and make the Christian conquerors drown in rivers of their own blood though till that day they will stand side by side engaging the enemy here in the states.
Once the Deaths Hand conquered the Northern Lands and removed the Legion from their soil, the Brothers thought it would be time to return home, but Iceberg knew different Frost was not the man to free there home and he would be the man to continue to pillage there home. He told his brother to wait till they hear the horn from the White God Heimdall signalling the beginning of ragnarok, this would be when they could return home. As Frost serves Alexander and the Deaths Hand is just another extension of the Christian genocide machine. They will have to just fight as the Gods command and bring down the serpent where ever it stands, this is where the brothers disagree yes both distrust Frost and his overall intentions. But Blizzard feels he will restore the ancient ways and eventually bring honour back to Iceland, where Iceberg feels that his no different then Loki in trying to confuse and trick the people of the North Lands that he stands with them and in actuality he is the bringer of the end and will unleash Surtur onto the world.
Well they will both have to wait and see what’s to come of their beloved Iceland under the control and rule of Frost and the Deaths Hand, they will have to stand vigilant in their guard once again against an imposable foe, and they will once again be wadding through rivers of blood as the war rages on from sea to shining sea and the fields of gold are stained with blood. These Vikings might not be in their homeland, but they are here and they are both the bringers of death and their is nothing that the enemy forces can do to protect themselves against these warriors blessed by the Gods and that have no fear of death, when in fact they welcome and embrace it.
Page Written By: Shadow Writer

This is dedicated to all the warriors of the shadows who have fallen in the line of duty. RIP    Crazy Glue: Killed in the Jackals Lantern by an unknown assailant, Her Murder is still under investigation by SPD  Wallace: HRM member killed in the Scottish invasion of England. Rot in Hell Wallace  Tommy: Member of the Regulators recently killed by SPD    Grimm: Member and Leader of the now defunct Ministry, killed by SPD C-SWAT. During the Deaths Hand Invasion  Mr. Walter O'Neil (Sarge): Member of a group only referenced to as the Post Office, He was killed in … END_OF_DOCUMENT_TOKEN_TO_BE_REPLACED