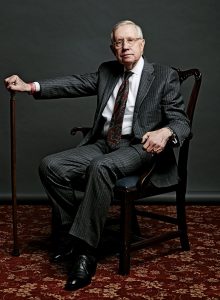 Bio: This man is a real monster, they call him Buzzard and he is a real scavenger and feeder of the dead. I am not talking about cannibalism here, no this man feeds off of our money and hunts deep within the capital building in the FDC. This man used to be a runner in the CAS before joining the Deaths Hand and now he is a proud card caring member of that organization. Buzzard served in the Sons of the True Confederacy and fought against the UCAS is the second Civil War. He proudly killed his own countryman and he was a take no prisoners kind of man and how this man would execute prisoners is just vile, and this is how he earned his name of Buzzard.
He would bury his prisoners up to there necks in fresh soil and slice there foreheads just enough to cause bleeding and then he would leave a dead carcass of rotting flesh near the victims. Next you could guess it, the vultures would arrive to feed on the dead, as well as the ravens. He would feed the buzzards the living meat of solders burred alive. If they didn’t die from the vultures and other carrion they would surly die from exposer. He is heartless and loves inflicting pain and terror on his people.
Buzzard properly named, was a monster on the battlefield as well and would infiltrate many UCAS offices and even broke into the Pentagon and assassinated the Joint Chiefs during the Civil War. Buzzard and his men were nothing to ignore, they were the Confederacies most vicious and the General’s in Richmond knew exactly how to use this bastard. He would do whatever he needed to do to destroy our way of life and succour a victory for the South.
That’s just what this man did, and he was rewarded greatly for it, as the people of the South elected this bastard to office and he became one of the first new Senators for the Confederacy representing Georgia he served his people proudly, but the warrior inside him never quieted down and Buzzard came back out to play, doing night runs against the UCAS boarder agents and political espionage against the UCAS. Sadly the UCAS government was to stupid to see the link between Senator Prichard and Buzzard, hell a blind man could see that the Buzzard was working again and for him the war never ended.
If you think this couldn’t get any worse for us, well it does and this is where our leaders need to step in and wake the hell up. Back during President Whitmore’s administration, there was a call for foreign relations between the UCAS and the CAS so he made the most blundered decision of his carrier, He opened the UCAS Senate to a select few CAS senators and get this he gave them Diplomatic Immunity, well you could guess which CAS Senator they sent over. Well you guessed it the South’s favourite Confederate Senator August Prichard and others. Problem he gave Diplomatic Immunity to the FUCKING BUZZARD!!! Sorry this gets me emotional to even think about, and you can only guess the damage this bastard has done to our political system, yes the Buzzard is charismatic and charming and has tons of influence within the Confederacy and as well in the cattle industry and oil fields of Texas and Gulf of Mexico. So you can only guess what the other Northern Senators did when Buzzard entered there hallowed halls, they welcomed this bastard with open arms. Now he is poisoning our system from within and weakening our government or learning our secrets freely and now he has joined the Deaths Hand, The photo above is him about to enter the senate building after exciting a limo and he proudly throws the clenched fist of the hand and then puts the Hand pin on his jacket lapel. There is nothing we can do about it, period he has Immunity and until he does something to compromise our national security it is not illegal to support the Hand.
Wake Up people, haven’t we learned anything from England, look at Donald Greenspan  for example, when Buzzards true colours show it will be to damn late and we will be at war with the Hand on our home soil. Please revoke his immunity and send him back now, or better just arrest and hang him for the traitor he is. Never Trust a Confederate!!!

This is dedicated to all the warriors of the shadows who have fallen in the line of duty. RIP    Crazy Glue: Killed in the Jackals Lantern by an unknown assailant, Her Murder is still under investigation by SPD  Wallace: HRM member killed in the Scottish invasion of England. Rot in Hell Wallace  Tommy: Member of the Regulators recently killed by SPD    Grimm: Member and Leader of the now defunct Ministry, killed by SPD C-SWAT. During the Deaths Hand Invasion  Mr. Walter O'Neil (Sarge): Member of a group only referenced to as the Post Office, He was killed in … END_OF_DOCUMENT_TOKEN_TO_BE_REPLACED