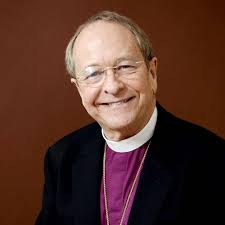 Bio: This man is an acting man of cloth and not only is he an ordained minister he is the Bishop for the Episcopal Church in Seattle, though thats not where this story ends. Defender is a runner as well and has been one for decades, this man knew at a young age he was special and he was a physical adept but he also heard the calling and was conflicted about being an adept and man of the cloth. Since most adepts wind up consumed by the power and become true terrors on the streets, this man has always had a golden heart and decided that if he was going to walk the very dangerous line of being a runner and a citizen he best be cautious one wrong step and it’s all over. Defender holds a very strong code of honour and has a personal code that prevents him from doing just any normal operation, he will not do any sort of assassinations, thefts, snatch and grabs basically anything that is a conflict of interests with his personal beliefs or vows.

Where this man excels is in the defence of the weak and defence of those that are being exploited by the powerful, Defender does have blood on his hands and he has escaped with his soul and conscience in one piece. This man might not do many operations but he will always offer sanctuary to any and all runners and never ask questions, he will offer spiritual guidance to those in need or just the advice of a man who has been around the block a few times. Defender will spring to action if he hears about members of his flock being exploited, pressured or abused and once he is active this man won’t stop till the problem is solved.
Being a member of the clergy he is able to overlook certain sins he is forced to commit in the line of being a protector of the weak so if he has to kill a few to save many he will, he is a adept and master of the blade so don’t think your safe cause he is clergy, that only means your in more trouble. Defender is a retired Army Chaplin and has seen his fair share of battle, this man of the cloth is unlike other Chaplin’s who try to actively avoid combat. He would jump right into the foxhole with his men and fight alongside them if he needed to, he left the service do to disagreement about the Treaty of Denver and how the men where being treated. He didn’t agree with UCAS soldiers being used to police and kill UCAS citizens in times of trouble, as well he knew the men didn’t want to open fire on the same people they swore to protect. Defender just walked away, before he became what he hates.
This adept is one of the few runners with honour and doesn’t work solely for the credits and a devil may care attitude. He is focused and will only take payment if the people can afford it, and even then it’s minimal and he donates a vast majority of it to charity or to the Church. Defender will not stand for or tolerate child abuse in any way shape or form, he even hears about and you will have the devil to pay and your life is forfeit in his eyes. He will also intercede in domestic abuse as well, this man is suspect number one in few of Seattle Police Departments open homicides but he is shielded by the Mayor and as well the people. This is one runner that even though is known to commit murder, he is immune from prosecution do to his status and the nature of his being. He never denies the victims of his blade a proper funeral and even though he killed them, he pays for there funeral and tries to help support the families of the fallen so the cycle doesn’t repeat itself.
Defender is a good man, with a heart of gold and probably one of the few runners that actually lives up to the reputation of being a role model and someone to see advice from. Though do to him being a minister, older and hero of the shadows he doesn’t appeal to the young runner fans. This man prefers non lethal, and he will never do anything to compromise his principles, or set a bad example for his children or grandchildren.  If you want to see the Defender become a whirlwind of death doom and destruction, endanger his family and you will unleash a force that hasn’t been seen generations. The Defender might not be a founder, but this man is from those days, he has been training as adept for longer then most of readers have been alive and he is the only Chaplin willing to pick up a gun and fight alongside his troops, do yourself a favour never anger this man. He is honourable, he is a good man, he is the cities favourite religious leader who preaches peace and equality but this man has a dark side and if you unleash the beast may God have mercy on your soul.
<<<UPDATE>> If your looking for a reason to not set this man off, it has come to my attention that prior to leaving Seattle Savages member Hammer and Nemesis where both sent a very valuable and costly message and Hammer had his arm removed and Nemesis lost one as well. Tigger was held at bay by this man’s footwork and his sheer will and faith, Winter Rat’s pistol didn’t even cause the Defender to flinch or break his stance. They retreated out of Seattle leaving there kindergarten buffet alone.

This is dedicated to all the warriors of the shadows who have fallen in the line of duty. RIP    Crazy Glue: Killed in the Jackals Lantern by an unknown assailant, Her Murder is still under investigation by SPD  Wallace: HRM member killed in the Scottish invasion of England. Rot in Hell Wallace  Tommy: Member of the Regulators recently killed by SPD    Grimm: Member and Leader of the now defunct Ministry, killed by SPD C-SWAT. During the Deaths Hand Invasion  Mr. Walter O'Neil (Sarge): Member of a group only referenced to as the Post Office, He was killed in … END_OF_DOCUMENT_TOKEN_TO_BE_REPLACED