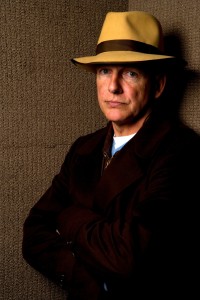 Weight: 175
Apparent Age: 50
Archetype: Mercenary
Preferred Weapon: DAOD Nemesis
Runner Song:
Bio: Bandit well this is man who has tormented the open roads for years, he is old enough to remember a time before the Treaty of Denver. He is another one of those Patriots and he is fighting for revenge and the restoration of the America he once knew. Bandit is a man who targets the open roads and wilds and wastes striking at the hearts of those he has sworn to destroy. Bandit is the master of hijacking and kidnapping, he normally only targets native shipments and unlike most highwayman he targets supply trucks, and food shipments going into smaller towns and camps. he always kills the drivers and guards but will either steal the trucks and sell the supplies to non native raider camps or he will just let it burn. He is also skilled at striking diplomatic convoys and holding the prisoner hostage and once the payment is made he executes the hostage by slicing their throat and letting them bleed out. Bandit has no moral code and does whatever he can to send a message to the NAN that non natives are feed up and they will not stand for there injustice and ideal threats.
This man lost his family to a NAN raiding party after the treaty was signed and he was forced to flee leaving them to be killed. He could hear there cries over the muffled gunfire as he slipped into the shadows. This was the point that Bandit decided that it was time for some pay back and he took his skills directly to the Newly Founded Patriots in Boston and has been a real thorn in the NAN’s side for decades. Bandit joined the Rattlers when he was offered membership by Gunny after a chance encounter when raiding Denver. the two men assaulted the NAN district of Denver and left many civilians laying dead, they did this as a cover to draw NAN forces to that location so they could later strike a military shipment and kill there commanding officer. Bandit not only killed the officer, he strung him up to the rafters by his entrails and spelled out in the man’s blood (The Price of A Million, Paid out in Full) what this means I am not sure, but it struck an accord with Gunny and the two have been friends and comrades ever since.
Be Warned if you see Bandit, he is never alone and this man is very dangerous, he has no heart left in his cold body and he like the other Rattlers has only one objective.

This is dedicated to all the warriors of the shadows who have fallen in the line of duty. RIP    Crazy Glue: Killed in the Jackals Lantern by an unknown assailant, Her Murder is still under investigation by SPD  Wallace: HRM member killed in the Scottish invasion of England. Rot in Hell Wallace  Tommy: Member of the Regulators recently killed by SPD    Grimm: Member and Leader of the now defunct Ministry, killed by SPD C-SWAT. During the Deaths Hand Invasion  Mr. Walter O'Neil (Sarge): Member of a group only referenced to as the Post Office, He was killed in … END_OF_DOCUMENT_TOKEN_TO_BE_REPLACED