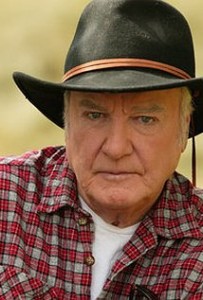 Weight: 170
Apparent Age: 60
Archetype: Mercenary
Preferred Weapon: Spass-22
Runner Song:
Bio: Well what is there to say about the mercenary known as Moonshine, well this man is nothing more then a smuggler and killer that has a very low value on human life. This soldier is a Confederate through and through and has been fighting against the Native American Nations and the UCAS for well over forty years and this man has made a sport out of killing anyone who gets in his way. He might seem like a good old boy and a fine drinking buddy but you couldn’t be more wrong, Moonshine patrols the wilds and outlaw country looking for UCAS patrols and when he finds them this man brings a new level of violence to these honest soldiers and makes them beg for death. Moonshine is as well a smuggler and has done many midnight raids across the boarder bringing anything and everything to the Confederate forces within the UCAS and NAN. This man can not be trusted by anyone that is not a card carrying member of the Sons of the True Confederacy and for Moonshine having friends is a weakness, so he only has associates and allies. Though Moonshine does have one person he can call a friend and this is a oxymoron for this killer and smuggler, who looks at other people as a tool and nothing more. Though his kinship with fellow Confederate Renegade is well documented and it was Moonshine that has allowed this Confederate to retire and attempt to live a normal life.
Moonshine is not a member of the Texas elite even though he hails from Texas only because he is deemed to aggressive, to violent and way to unpredictable and this is coming from a group that has members like Stamps, Dallas and Hunter. For Moonshine this war is personal and he is fighting for the memories of his family that where slaughtered by both the Natives and the Aztlan forces and he feels that for every soul of the enemy he sends to hell, is a step in right direction and he won’t be happy till hell is overflowing with souls of the False Flag. Moonshine’s current whereabouts are unknown and the federal authorities have been looking for this man for decades, so be very cautious if you see Moonshine he is to be considered armed and very dangerous.
Moonshine is wanted for multiple counts of murder, smuggling class one military equipment and restricted chemical compounds, arson, destruction of government property, unlawful imprisonment and domestic terrorism. He is to considered armed and dangerous and do not try to apprehend on your own for Moonshine has sent many skilled bounty hunters and law enforcement to an early grave. Please contact your local Federal Bureau of Investigation office and seek shelter, Moonshine was last seen in Las Vegas and his current whereabouts are unknown. The FBI is offering 50,000 credits for any information leading to the capture and conviction of the mercenary known as Moonshine. This man has killed, tortured and burned alive over 400 UCAS military personal and has assassinated the current CEO of Aries Arms his capture and arrest is long overdo.
Special Agent Franklin Rosewater
FBI Special Domestic Terrorism Division
Federal District of Columbia

This is dedicated to all the warriors of the shadows who have fallen in the line of duty. RIP    Crazy Glue: Killed in the Jackals Lantern by an unknown assailant, Her Murder is still under investigation by SPD  Wallace: HRM member killed in the Scottish invasion of England. Rot in Hell Wallace  Tommy: Member of the Regulators recently killed by SPD    Grimm: Member and Leader of the now defunct Ministry, killed by SPD C-SWAT. During the Deaths Hand Invasion  Mr. Walter O'Neil (Sarge): Member of a group only referenced to as the Post Office, He was killed in … END_OF_DOCUMENT_TOKEN_TO_BE_REPLACED