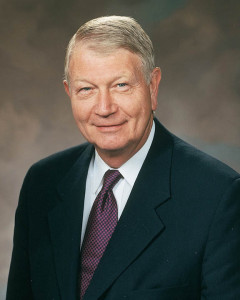 Weight: 170
Apparent Age: 65
Archetype: Medic
Preferred Weapon: DAOD Nemesis
Runner Song:
Bio: Chaplin is has served this team from day one, and he was once a decorated officer in this man’s Army. He is an ordained minister and was part of the Army’s religious corps but that didn’t stop this man of God from being an elite warrior. He has long since questioned his faith and his place in the world, with all the fighting and killing he has seen. Chaplin has since become the sole remaining combat medic of the unit and this allows him to keep a fragment of his soul intact as he tries to stay clear of the fighting and help his fellow brothers when then are injured, if he is part of the sixth world is unknown since he has never been screened or registered.
Chaplin might be a man of God and a medic but that doesn’t mean he won’t take up arms against the natives and fight alongside his fellow Dogs, this man has seen more then a lifetime of killing and warfare so his skills in battle are well documented. The Chaplin is one of the few Devil Dogs that is approachable and can be reasoned with. He is also the conscience of this unit, even though he faith is in question he still tries to keep his brothers in arms spiritually aliened. The Chaplin has buried more men then anyone should and with such he has a very dark side, he has seen the worst and he has survived. This man might be willing to talk and be willing to do things for peace that his brothers will never do, but Chaplin if pushed even just a inch can snap and get blood on his hands once again.

This is dedicated to all the warriors of the shadows who have fallen in the line of duty. RIP    Crazy Glue: Killed in the Jackals Lantern by an unknown assailant, Her Murder is still under investigation by SPD  Wallace: HRM member killed in the Scottish invasion of England. Rot in Hell Wallace  Tommy: Member of the Regulators recently killed by SPD    Grimm: Member and Leader of the now defunct Ministry, killed by SPD C-SWAT. During the Deaths Hand Invasion  Mr. Walter O'Neil (Sarge): Member of a group only referenced to as the Post Office, He was killed in … END_OF_DOCUMENT_TOKEN_TO_BE_REPLACED