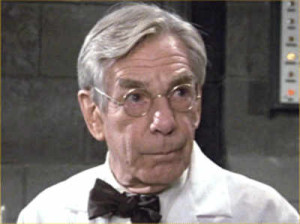 Weight: 160
Apparent Age: 55
Archetype: Physical Adept: Circle: Unknown
Preferred Weapon: Cougar Fine Blade
Runner Song:
Bio: Basically this man is Europe’s version of Samael and I mean that. He is the Bogeyman of that continent, he has been working since the early 2040’s and leaving a trail of blood and bodies behind him in his wake. He see’s himself as the ferryman and guiding his victims safely into death. Well sadly his victims weren’t asking or needing of death, he just would murder them in cold blood. Charon has never been captured and he never stopped killing he would just move locations when the pressure was put on him, So basically when it comes to this man never underestimate him and never ask for mercy cause he will not show it.
Charon has one objective and that is to strike terror in his victims and kill them slowly, he does this by injecting a paralytic agent into there neck and slowly harvesting there organs as they lie there awake and frozen in fear. He then collects the last dying tears of his prey, before removing there eyes and replacing them with pennies. Once his victim has passed on, he leaves the scene leaving only an empty husk behind and the police baffled.
We can thank our lucky stars Charon only operates in Europe, one Angel of Death is all we can handle.

This is dedicated to all the warriors of the shadows who have fallen in the line of duty. RIP    Crazy Glue: Killed in the Jackals Lantern by an unknown assailant, Her Murder is still under investigation by SPD  Wallace: HRM member killed in the Scottish invasion of England. Rot in Hell Wallace  Tommy: Member of the Regulators recently killed by SPD    Grimm: Member and Leader of the now defunct Ministry, killed by SPD C-SWAT. During the Deaths Hand Invasion  Mr. Walter O'Neil (Sarge): Member of a group only referenced to as the Post Office, He was killed in … END_OF_DOCUMENT_TOKEN_TO_BE_REPLACED