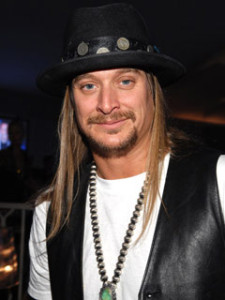 Bio: This is one mercenary that is a serious problem child, he is the younger brother of Texas Elite member Buddy and the family psychosis did not skip this young man. Buzz is as violent as his older brother and holds no love loss to the UCAS, the NAN or Aztlan so when it comes to Buzz do yourself a serious favour and that is avoid Buzz at all costs; unless you want to have serious case of lead poisoning. Buzz is only slightly less crazy then his older brother but that is not saying much as he was able to successfully pass the training for the Texas Elite with flying colours.
This is another smuggler for the Sons of the True Confederacy and with such he is more then willing to shoot first then ask questions and this means Buzz has left more then his fair share of bodies all across the back roads of the UCAS. The UCAS authorities have come to call Buzz the Death Bringer. This kid is more then a threat on his own, but he is as skilled as many riggers, his vehicles are heavily modified and equipped with beyond military grade hardware and he is not afraid to use it. What Buzz smuggles is any ones guess, but knowing the SOTC it can be anything from soldiers, drugs, liquor, to military hardware and that means Buzz must be ready to strike at a moments notice and when he does, there is nobody left alive.
His skills as a soldier are off the charts for such a young man, and Buzz graduated from the Elite training at the head of the class, so again do yourself a favour and steer clear of this lunatic. Buzz might seem to be just a good old boy and someone you can share a beer with, but this is just a mask he wears. Buzz is as cold and calculating as the rest of his ilk, this man was desensitized at a very young age, when he would be taken out on native killing raids with his older brother and he was brought into the Holt business before he was old enough to even drive.
Well Buzz has been seen within Seattle and this can only mean one thing, trouble is on the horizon again. Since Buzz never moves small quantises of anything and if President Davis or General Robertson have sent Buzz up to Seattle for a smuggling run this must have been on hell of a haul and we the people of Seattle will feel the pain of this in the coming days.
Page Written By: Shadow Writer

This is dedicated to all the warriors of the shadows who have fallen in the line of duty. RIP    Crazy Glue: Killed in the Jackals Lantern by an unknown assailant, Her Murder is still under investigation by SPD  Wallace: HRM member killed in the Scottish invasion of England. Rot in Hell Wallace  Tommy: Member of the Regulators recently killed by SPD    Grimm: Member and Leader of the now defunct Ministry, killed by SPD C-SWAT. During the Deaths Hand Invasion  Mr. Walter O'Neil (Sarge): Member of a group only referenced to as the Post Office, He was killed in … END_OF_DOCUMENT_TOKEN_TO_BE_REPLACED