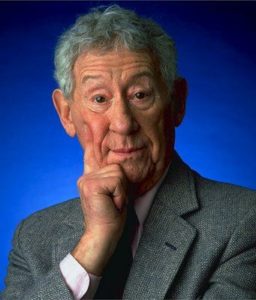 Bio: This is one man that can be considered one of the most dangerous men to walk the world today; the Debt Collector has worked for Ichabod Oliver for generations but thats not the only place that the Debt Collector has had his hands in over the years. He has served alongside the Sentinels within the Ghost Division, worked alongside the Presidents Men and has even been accepted within the Brothers Grimm for a time being (Though this alliance was only allowed do to Georges familiar connection to Everest and his membership within the Ghost Division). So even though the Debt Collector might not be a Grimm, Meisner, Rodgers or Yates by blood his bloodline became connected when he married Evan Meisner’s sister and thus becoming a Brother-In-Law to the Brothers Grimm and well I guess that was enough to secure him a spot within their dreaded band of blood thirsty killers. Though as stated he only served with the Grimm for a short period of time before moving on to his next project and that my readers is the scary part about the Debt Collector is that his newest project is unknown and has been kept very tight lipped between the Debt Collector and the Watchman; and whatever it is can’t be good for the rest of us seeing the reputation of the Debt Collector and his heartless and calculating methods.

This man is another that proves that age is just an illusion and must have been part of the 1% or worked deep within the government during the early days of the genetic immortality program seeing like the Centurion and Tesla photographic documents from the early 1900’s have proved that we are speaking bout the same man and thanks to advanced facial recognition software we where able to verify that the Debt Collector is far older than we already imagined and that this man has been collecting debts all around the world for generations and creating many a widow……………….

This is dedicated to all the warriors of the shadows who have fallen in the line of duty. RIP    Crazy Glue: Killed in the Jackals Lantern by an unknown assailant, Her Murder is still under investigation by SPD  Wallace: HRM member killed in the Scottish invasion of England. Rot in Hell Wallace  Tommy: Member of the Regulators recently killed by SPD    Grimm: Member and Leader of the now defunct Ministry, killed by SPD C-SWAT. During the Deaths Hand Invasion  Mr. Walter O'Neil (Sarge): Member of a group only referenced to as the Post Office, He was killed in … END_OF_DOCUMENT_TOKEN_TO_BE_REPLACED