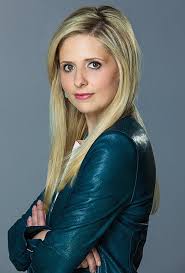 Bio: The daughter of the infamous Nomad and the only reason we actually are learning anything about that feared killer, it seems that papa bear is quite protective over his daughter and risked detection to make sure that Ivy remained safe. Now with that being said this young women doesn’t really need any protection as she is quite a handful herself and is one of the most dangerous adepts I have ever seen in action. She might seem like a delicate flower and thats exactly what she wants you to see, Ivy truly takes after her father on being a master of deception and misdirection so finding actual factual information about her has not been easy as I want to report facts and not opinions or rumours.

Ivy works as a cleaner of information and within the corporate world as a spy selling vital intelligence to the highest bidder, she can single handedly bring down any corporation if she gets her hooks into them and their are quite a few minor corporations throughout the world that have crumbled do to the workings of Ivy and million dollar smile. Now that doesn’t mean she allow the officers of said corporation to live either, nothing tanks a companies stock than criminal behaviour especially murder and thats her speciality; remember Ivy is a master of misdirection and  she is world renowned for her abilty to forge a crime scene and frame anyone she desires. She normally seduces an executive, and then murders him in a very messy fashion then she goes to work. Once Ivy begins her framing it becomes very public as she informs the police, media and even the family of the victim as a concerned citizen, and once the camera begins to roll the spin doctors try to put the fires out; but the damage is already done and Ivy collects her blood money and heads of too a new client and new victim.

Ivy is among the younger runners on the street, though she has made quite a name for herself and it seems that she is quite immune from any form of prosecution as she has a laundry list of contacts within the legal and law enforcement world and not to mention her father and his genocidal friends to keep her safe, with Ivy she is a real serious combatant but thats only part of her resume as she is a true charmer and is not afraid to use seduction to get her way to her next kill and her next meal ticket. Ivy has destroyed many marriages and ruined many lives with her criminal act, she is not to be trusted and it’s unknown is she is Deaths Hand like her father. So keep Ivy at arms distance since any progeny of the Nomad is one that must be feared and respected like one would respect a den of lions or nest of rattlesnakes.

This is dedicated to all the warriors of the shadows who have fallen in the line of duty. RIP    Crazy Glue: Killed in the Jackals Lantern by an unknown assailant, Her Murder is still under investigation by SPD  Wallace: HRM member killed in the Scottish invasion of England. Rot in Hell Wallace  Tommy: Member of the Regulators recently killed by SPD    Grimm: Member and Leader of the now defunct Ministry, killed by SPD C-SWAT. During the Deaths Hand Invasion  Mr. Walter O'Neil (Sarge): Member of a group only referenced to as the Post Office, He was killed in … END_OF_DOCUMENT_TOKEN_TO_BE_REPLACED