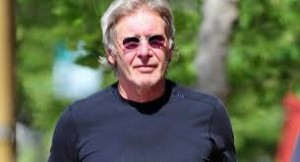 Weight: 150
Apparent Age: 50
Archetype: Physical Adept: Circle 15
Preferred Weapon: Ruger Super Warhawk
Runner Song:
Bio: Dead Eye is a bit old to be new to the streets but he used to work for the Denver Guard till he was thrown out for insubordination, He was forced to take to the streets as a runner and that’s just what he did. He is one of the fabled Gun slinger adepts and his draw is like lightning and his accuracy is dead on, he is lethal with any firearm he has in his hand and his speed is off the charts, I believe he has delta grade wired and other speed ware as well as a smart link system so don’t underestimate Dead Eye in any way, this man is a wild card and has only recently entered the world of shadowrunning, prior to this he was a part of a mercenary unit that protected the walls of Denver and patrolled the streets looking for law breakers to put a bullet in them. So he knew that joining a team was essential to survival, though with no new teams in Seattle and the old ones not taking new members and being a Regulator was suicide. Dead Eye knew he had to go solo and try to make a name for himself, he has done a few jobs successfully with other freelancers, though once approached to join the Rejects he jumped at the chance and well we know have to wait to see what this fledging team does in the future.

This is dedicated to all the warriors of the shadows who have fallen in the line of duty. RIP    Crazy Glue: Killed in the Jackals Lantern by an unknown assailant, Her Murder is still under investigation by SPD  Wallace: HRM member killed in the Scottish invasion of England. Rot in Hell Wallace  Tommy: Member of the Regulators recently killed by SPD    Grimm: Member and Leader of the now defunct Ministry, killed by SPD C-SWAT. During the Deaths Hand Invasion  Mr. Walter O'Neil (Sarge): Member of a group only referenced to as the Post Office, He was killed in … END_OF_DOCUMENT_TOKEN_TO_BE_REPLACED