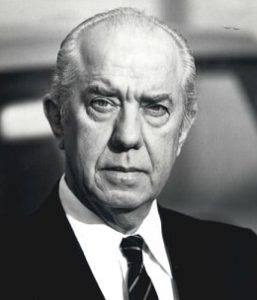 Bio: Well here is another one of the Hands Generals, this man born and raised in England is now turned against his own kin and people not once but twice. He was at one point a practising Jew and well we all know what the Hand did to Israeli. They concurred and enforced Christianity on it’s people, and know the Hand has invaded England with only one goal and we all know what that is. So Jackal go Fuck yourself you traitorous bastard, he is in charge of the African Army and resides in South Africa, Jackal has re-established the slave markets between tribes and within most of Europe.
Jackal was once a proud member of the Royal Army and held the prestigious rank of General, he holds multiple degrees from some of the countries finest universities and was even knighted by the queen for his actions and loyalty to the crown. We now know that to be a lie as he is a snake in the grass, leading the Hand via satellite all the while leaking information to Alexander and Acme about English troop movements and highly classified documents. Well Jackal there is a special place in hell for people like you, He vanished from London mere hours before the Hand launched it’s assault leaving a few landmarks security venerable to attack and well we can see what happened. I Assume Jackal made his way to his African Palace and is know hiding there commanding the vicious Hands forces there.
As for Jackals combative capabilities it is a bit of a mystery, I know he is well trained and well cybered so don’t take this man for granted, his skills are a wild card and being a General he is never alone and always surrounded by highly trained guards and other inner circle members, the African Guard is one of the hands most dangerous forces since in incorporates multiple war tribes and head hunters. When it comes to the Jackal stay away he will hang soon enough.

The Jackal is no longer part of the dreaded Deaths Hand as he resigned shortly before Alexander launched his global invasion and according to sources within South Africa, Hand cleaners where sent to retire General Greenspan and with simple evasion and advanced military training the Jackal dispatched some of the Deaths Hands finest before escaping the palace and arriving within the UCAS.

It appears as if the reports on the Jackals past are a bit foggy as he is a member of the House of Lords in England and as well is one of the Fathers of Armageddon. It was thought that the Jackal was a snake in the grass that was trying to destroy the United Kingdom with the aid of the Deaths Hand but current evidence shows that this is not the case and he was actually placed in command of the Africa division of the Hand to watch and control Alexander like the other Fathers of Armageddon that worked close to the former leader of the Deaths Hand.

Seeing that Jackal is the Earl of Glasgow that would mean that he is some part Scottish but knowing the English nobles that is not always the truth. Though reports indicate that Alexander’s wife Mary Church having control over Scotland does not sit well with Lord Greenspan the 3rd Earl of Glasgow. He like many nobles of the UK had to flee their hold do to failure to sign the Treaty of the Nobles and in Earl Greenspan’s defence he was already within the United States of America when the Great Tragedy struck and delayed his return trip…though according to the Jackal he would never have signed the blasted document.

Reports are still coming in about Lord Greenspan and his time within the Royal Military and his workings within the United Kingdom before he would join the Deaths Hand, though we do know that he served within the Ghost Division after his stint with the Storm Riders came to an end and he returned to English soil and he as well joined up with the Steel Legion and swore his loyalties to Crown and Country.

The Jackal is still a very brutal man and he hasn’t quelled his brutality even after leaving the Deaths Hand, according to Steel Legion Reports he ordered to torching of multiple Scottish villages that still swore loyalties to Mary Church and had over 500 people hanged for treason upon his return to the United Kingdom before once again returning to North America. A very bloody and brutal message sent to Mary Church that her nor her husband is welcome in Scotland or within the United Kingdom as the Steel Legions Order of the Cross is still engaging the Scottish Rebels and those loyal to Mary Church.

This man might have at one point had a soul but he long since sold it for cyber and do to his un-ageing nature the Jackal holds little to no remorse for people who just don’t fall in line and do as they are told. He is been referred to as the Ultimate Sin as he will sit within Sunday worship and still sign the documents condemning hundreds to the gallows or ordering his military to march deeper into Scotland. Reports indicate that when the Jackal left the Hand his beyond loyal African Guard and his Enforcer the Crusader joined him abroad and took the African tactics straight to the Scottish Rebels and as well fortifying Prince Grimm’s military might in Northern Ireland.

The Jackal is a cross breed of Christian and Jewish and this adds to his mystery and the terror about this man seeing that he is unpredictable and reports found within Former Director Mitchell’s office before the self destruct system destroyed the files; is that Donald Greenspan was at one time married to Sarah Yates the daughter of Lord Marvin Yates the Third Earl of Yorkshire and the marriage was pre-arranged while Sarah was still a child. The two men where long time friends and the blending of the Yates and Greenspan lines would be called a perfect union but for the rest of the world it would be the most deadly of alliances.

The Jackal would have many children but only a few would survive and today none of his line are known to be alive and that also includes his wife who was hanged on October 31st for her husbands failure to sign the Treaty of the Nobles. Her execution would mark the first time someone would be hanged for high treason who wasn’t actually guilty of the crime, seeing her husband was and still is the noble in charge and his word is law and his wife would have zero say and zero control over her husbands political motivations.

The Jackal to say the least is not thrilled with the execution of his wife and nor is his happy with the executions of his three eldest sons and his eldest daughter. His grandchildren would be ushered off into hiding and sent to America, though these records are sealed and whereabouts are unknown. Though we can find records connecting the Jackals bloodline with the Cannon’ and Ackerman’s so this raises many more questions than it answers but sadly with the Demure being hunted to the ends of the earth and no serious reporter willing to speak ill or even dig into the Steel Legion and even worse the Jackal the truth for now is a well guarded secret and hopefully one day it will be exposed.

This man is a true force to be reckoned with and nothing stands in his way for long, the Jackal has made a carrier out of battlefield butchery and this general is one that leads by example, he might be considered a hero by many for his work in the Storm Riders but those days are long gone and this is the new Jackal and one that commits the Ultimate Sin every day and one that will butcher and brutalise all those that get in his way, what his end goal is, well that is not known though for if history has learned anything the Jackal never does anything for good and this bottom feeder will continue to tear us apart till he meets his fate on the gallows like the rest of the Storm Riders and those retired Deaths Hand Terrorists.

This is dedicated to all the warriors of the shadows who have fallen in the line of duty. RIP    Crazy Glue: Killed in the Jackals Lantern by an unknown assailant, Her Murder is still under investigation by SPD  Wallace: HRM member killed in the Scottish invasion of England. Rot in Hell Wallace  Tommy: Member of the Regulators recently killed by SPD    Grimm: Member and Leader of the now defunct Ministry, killed by SPD C-SWAT. During the Deaths Hand Invasion  Mr. Walter O'Neil (Sarge): Member of a group only referenced to as the Post Office, He was killed in … END_OF_DOCUMENT_TOKEN_TO_BE_REPLACED