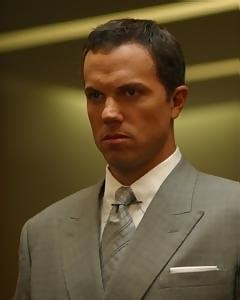 Weight: ??
Apparent Age: 30
Archetype: Street Samurai
Preferred Weapon: AUG-CSL Weapon System
Runner Song:
Bio: The Tin Man is a former CAS solder who abandoned his post and fled to the UCAS to become an infamous runner. Tin Man is a force to be reckoned with as he is coated in metal from a dermal sheathing system and he has a chameleon like ability as well. This runner is a member of the Harbingers and is know for having a serious temper issue. As he attempted to kill his own team mate the Negotiator, He as well has committed multiple counts of murder, and is the man that brings the military experience to this team of street killers.
Tin Man is nothing more then a heartless street killer and has a very high body count under his belt, this man was arrested and sent to the Vault and managed to escape do the assistance of the notorious Catfish and the scheming of the Negotiator. Tin Man is not to be taken lightly this samurai is the real deal and he will have no issue killing anyone who gets in his path.
Tin Man is currently wanted by SPD for multiple murders, murder of law enforcement officials, violation of Article 16, Attempted murder, Treason, Terrorist Actions, and Prison Escape. There is a 500,000 credit bounty on the head of Tin Man and he is wanted Alive to face execution for his crimes, the bounty pay out is half if turned in dead.
According to my contacts Tin Man as well went under genetic facial reconstruction after a failed operation here is a photo of tin man before his surgery. 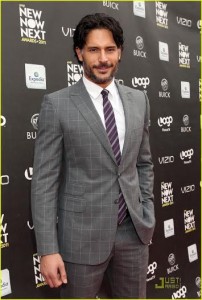 (Donavan Trask before the surgery)

This is dedicated to all the warriors of the shadows who have fallen in the line of duty. RIP    Crazy Glue: Killed in the Jackals Lantern by an unknown assailant, Her Murder is still under investigation by SPD  Wallace: HRM member killed in the Scottish invasion of England. Rot in Hell Wallace  Tommy: Member of the Regulators recently killed by SPD    Grimm: Member and Leader of the now defunct Ministry, killed by SPD C-SWAT. During the Deaths Hand Invasion  Mr. Walter O'Neil (Sarge): Member of a group only referenced to as the Post Office, He was killed in … END_OF_DOCUMENT_TOKEN_TO_BE_REPLACED