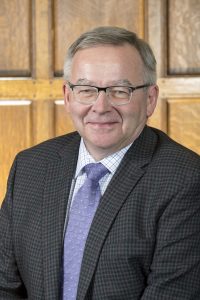 Bio: His name is Bones and he is one of the 21 Strong from the 82nd Zombie Brigade, this man is nothing to joke about he survived hell on earth and came out smelling like chlorine soaked roses. Bones is a tiny man at just over five feet in height yet he has the heart of a million men and the power of a million more. This little doctor might seem harmless but that is far from the truth, Bones is very lethal and full of rage, he like many short men take insult to being called tiny and according to reports he has brought taller people down to his height with that cane of his.

Dr. Swan hails from Boston and graduated with honours from Princeton and Harvard Medical School, he would than go onto fulfil his obligation with the Us Army for paying for his college and medical school. This little man would become a Airborne Doctor and one that would willingly jump out of planes straight into combat zones to get to the wounded or well make someone extinct…his oath only applies when they are within his care, not down range. Bones served with the 82nd from 1935 to 2018, he got the military to pay for his college before that was a thing, I guess he had some friends in high places and well being one of the Immortal Ones doesn’t hurt. Yes he is another that was gifted immortality and then turned against the government, he currently serves with the US Elite, Sons of Liberty and the Rough Riders so you know he is a real bad ass.

Swan served in all the major American conflicts and some less known covert missions of supposed peace. He worked directly alongside the 401st with Lesley Bunker and became close friends with Dr. Gravel, and the two seemed to read the same medical journal about fire and war wounds as he used a heated up rock and metal during the Battle of London while Gravel used a stick. Bones earned his moniker when he shattered his kneecap in a parachuting accident and most of the bones of his knee and leg where sticking out of his leg….he simply said “Hey Look….Bones!” and than laughed till rescue came. He would as well keep the same attitude during the Battle of London when he would end up having a piece of femur bone logged into his thigh and hip…scary fact that wasn’t his femur bone. It is reported that one of the 82nd said to Dr. Swan “Hey Bones, still up to your old tricks I see.” I have allot to complain about regarding Bones, but what I cant is his drive and deduction, this man was severely wounded and against all odds he survived and continued to patch up his men without caring about his own physical condition.

Bones here is a man that truly proves what it means to be an American Hero and a doctor, he through himself in harms way for his men and patients, he fought bravely and bears the scars to prove it. Though what he did after being discharged from the Army was where I draw the line. He quickly joined the Freedom Patriots and took up arms against the UCAS and her people, even physically disabled he would fight through the pain and mental trauma to complete the training and become one of Colonials go to men for sending a brutal message. Bones well he walks with a cane do to his bum knee and ankle but don’t be tricked into thinking this is a weakness, he uses that cane to his advantage and he is a physical adept of great power so you have been warned.

Dr. Swan will go seek out those that upset Colonial and give them a house call, once he arrives he begins swinging that cane and snapping bones like a twig. He doesn’t kill his marks, just incapacitates them so they can listen to the message from his boss, once the message is delivered he simply calls 911 and leaves the scene with the victim thriving in pain (sound like a doctor you would want). Bones has been fully trained and vetted by the Patriots and his anger towards the UCAS is simply kept burning as the Patriots keep adding fuel to the already out of control inferno. Bones in his off time works for the Common Wealth Medical Examiners Office and you guessed it he cooks the paperwork and fudges autopsy paperwork for his boss’s men. He as well has altered documents to protect the Saints of Boston and numerous others that would normally be in prison for murder without good old Bones on the case.

He transferred to Seattle’s Medical Examiners Office to work under the 67th Stormrider medic Dr. Finesilver, alongside his friend 401st medic Dr. Gravel and 51st Iron Wolves medic Dr. Apples; now all three men are working together in the US Elite and that should concern my readers. These men are known for altering documents, messing up autopsies and loosing evidence if it is beneficial to the rebellion. They claim to be men of honour but where is the justice for the victims of the rebellion, something snapped in Bones’s head in the hills of London and he should be retired not on the battlefield or working in the justice system.

Bones is supposedly a nice man, but I wouldn’t know and I wouldn’t want to based on his post service track record, an enforcer for Colonial, a killing machine and a man that puts the rebellion above the people. ..for shame Dr. Swan, for shame. Veterans like Bones give all veterans bad names and tarnish the reputation of the military, this man needs to be in jail or swinging from the gallows not walking free………………………………………………………………………………………………….

This is dedicated to all the warriors of the shadows who have fallen in the line of duty. RIP    Crazy Glue: Killed in the Jackals Lantern by an unknown assailant, Her Murder is still under investigation by SPD  Wallace: HRM member killed in the Scottish invasion of England. Rot in Hell Wallace  Tommy: Member of the Regulators recently killed by SPD    Grimm: Member and Leader of the now defunct Ministry, killed by SPD C-SWAT. During the Deaths Hand Invasion  Mr. Walter O'Neil (Sarge): Member of a group only referenced to as the Post Office, He was killed in … END_OF_DOCUMENT_TOKEN_TO_BE_REPLACED