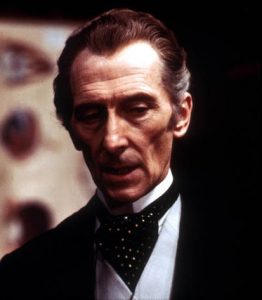 Bio: If evil could have a face, this is what it would be. Dr Frank is pure evil and he cares little for even trying to hide it, this man is a ripper doc and deals in illegally harvested bodies and as well as the Human and Meta Human trafficking ring, and I mean when they come to him it’s not for sale as slaves, no it’s there final destination and he harvests there bodies while they live for there organs, bones, blood, tissue and any thing else that can be sold on the black market. Pure bodies are his favourite since they fetch the highest price. If Dr Frank doesn’t have a current supply to fill an order he will go hunting himself for fresh bodies, he uses a powerful sedative and slight nick of an artery to end his victims life. Frank just loves watching the life slip away from his targets, it is rumoured that he catches there blood in his wine glass and drinks there essence as they fade away into the cold dark night. Whatever it is Dr. Frank is not a nice man, and he just loves his work, and won’t stop till the day he is killed.
No one knows what Dr. Franks combat abilities are, if he is part of the sixth world or a vampire, it is a complete mystery. All we do know is no organ, limb, or body moves through Europe without first having been harvested by Dr Frank and that scares me a bit. This man controls the body harvesting industry in Europe and from what my sources say he has plans to expand his empire and has been having dinners with Alexander and Acme as of late. Lets hope this devil stays put in Europe and is dealt with by the authorities properly a long drop with a short rope.

This is dedicated to all the warriors of the shadows who have fallen in the line of duty. RIP    Crazy Glue: Killed in the Jackals Lantern by an unknown assailant, Her Murder is still under investigation by SPD  Wallace: HRM member killed in the Scottish invasion of England. Rot in Hell Wallace  Tommy: Member of the Regulators recently killed by SPD    Grimm: Member and Leader of the now defunct Ministry, killed by SPD C-SWAT. During the Deaths Hand Invasion  Mr. Walter O'Neil (Sarge): Member of a group only referenced to as the Post Office, He was killed in … END_OF_DOCUMENT_TOKEN_TO_BE_REPLACED