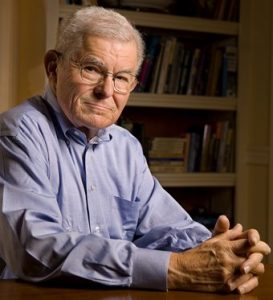 Bio: They call him Scoop cause he always has the breaking news and is the first to yell “Stop the Presses” when he uncovers the latest breaking story. Good Old Millie has worked as a freelance reporter for ages and his stories always always claim a high price, as every news agency wants the exclusive rights to his next big story…..though sadly all of Millie’s works are just that stories. He is the king of the false media and has profited of the backs of his fake news for generations, this man’s stories have convicted innocent souls to be hanged, gassed, beheaded or electrocuted. He has brought down major companies, politicians and ruined lives, this man has an agenda behind his supposed non biased reporting and that is he is a REBEL and a member of the RAILROAD!!

Scoop like all the rebel reporters is biased and corrupt pushing their false narrative against the UCAS and those they call Loyalists…..like that is a bad thing, being Loyal to your government is an attribute we all should strive to have. This rebel reports negative piece after negative piece about the Neon Church claiming they are nothing more than a sex trafficking ring and has been slandering the good name of the Reverend Father the Arch Bishop Paul Englewood claiming that he is luring the disenfranchised into his church only to be sold at auction to the highest bidder. In truth the Neon Church has been unfairly targeted by both the Railroad and something called the Arc for decades now and yet no physical evidence of any crimes has been brought forth.

Only Chief Judge Hope, and Chief Judge Flanigan have ever ruled against the Neon Church and they both serve the Railroad as assassins….so I would say they are a little biased. Hawaii doesn’t count do to it being ruled by a servant of the Railroad and Arc, the Southwest Trinity well see the damned Railroad and from what I have heard Lt General Johnathan White of the US Elite is working on pressuring both the UCAS Justice, Defence and Homeland Departments into declaring the Neon Church a criminal terrorist organisation. Seriously his cousins Wilhuff, Dover, Charles, Montgomery Palpatine and Maximilian Yates serve the blasted Railroad.

How can he be unbiased if he is being pressured by the man he served loyally for decades…..not to mention he is family and seeing John has the ear of the Chairman of the Joint Chiefs you can bet that the Neon Church will become vilified in the United Canadian American States. This all stems from the writings of Millie and his hatred for the good work of the Neon Church, this man is simply upset seeing his daughter ran off to marry the good Reverend Englewood while he was simply a parish pastor. I guess she couldn’t stand to be around her sinner and anti American father any longer; not the Neon Churches fault you were a terrible father, and not the Churches fault for her not wanting to ever speak to her sinner for a father again.

He claims she was a minor and was lured into the web of the Neon Church and than into Reverend Englewood’s bed, were is your proof of both good sir….that’s right you don’t have any and so you began your campaign of slander and smear against the Neon Church. This man was never a good reporter and one that has always smeared the good name of the UCAS and anyone that dares to disagree with his views and politics. His hatred comes from his daughter running away and his time within the FIP, yes another old bastard that has out lived his welcome on this planet, his records show he fought within the First World War and was injected in 1905…..well maybe that old fashioned way of thinking drove your daughter away.

He would become a war correspondent during the Korean War in 1950 after he was forced into retirement from severe injuries sustained during the Second World War…look he was a failure even as a soldier, so many FIP bastards made it a century or more before scrubbing out, Milton here couldn’t last two wars. He would find a job as a freelance reporter and end up working once again for the US War Department and brought both the Korean and Vietnam war straight to America’s Breakfast table each morning. He would even back than write scathing stories about the horrors the FIP had to endure, yet the American people didn’t care did they…..nope they ignored him than and we should have ignored him today.

After his time in the War Department he would go full freelance and work as a Criminal Investigative Journalist, he would go to expose some horrific crimes and expose political leaders for their corruption and would become one of the most dreaded reporters to beat the pavement……yet he wasn’t good enough to secure full time employment, he simply followed the story. Well I can now see why your daughter ran away, your never home…….worse than a travelling salesman and seeing he has had a drinking problem since the second world war one can assume abusive and not a good Christian.

This is dedicated to all the warriors of the shadows who have fallen in the line of duty. RIP    Crazy Glue: Killed in the Jackals Lantern by an unknown assailant, Her Murder is still under investigation by SPD  Wallace: HRM member killed in the Scottish invasion of England. Rot in Hell Wallace  Tommy: Member of the Regulators recently killed by SPD    Grimm: Member and Leader of the now defunct Ministry, killed by SPD C-SWAT. During the Deaths Hand Invasion  Mr. Walter O'Neil (Sarge): Member of a group only referenced to as the Post Office, He was killed in … END_OF_DOCUMENT_TOKEN_TO_BE_REPLACED