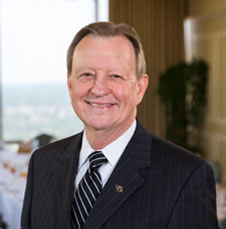 Bio: Dr. Apples is one hell of a doctor, this man once served in the United States Army’s Medical Corps and was a trained field medic. Dr. Apples is a passive man but don’t think this is one coroner you can threaten and push over. He bites back and he is willing to defend himself if needed, this man left being a surgeon and world class cardiologist to be a medical examiner when his good friend Dr. Sherman Finesilver was made Chief Medical Examiner. Dr. Apples might look like he is in his late forties or fifties but this man is much older and can remember those old and violent nights, he is well trained in combat and served alongside the Patriots after he left the Army do to his discontent with how they were handling the NAN and the slaughter in the streets. This doctor might be passive and try to be non lethal, but he is more then willing to draw blood if he needs to Dr. Apples has blood on his hands and this is part of the reason he is working as a coroner as well. He feels that this will help cleanse his tainted soul working alongside his friend and comrade Dr. Finesilver as well as bringing justice to those that have fallen in the war zone of the Seattle shadows. Dr. Apples doesn’t have any negative feelings towards the runners and is willing to overlook certain things if he see’s it in public. Though once on his table the gloves are off and you have the second best coroner in the country working on your case.
This Doctor stands behind the Mayor and his cause to defend Seattle against the NAN, he felt there wrath once before when his wife was murdered and raped in front of him. Roy was forced to watch as his wife of more then 30 years was brutally gang raped and then scalped, he then had his throat slit the only reason he lived was do to the attacker failed to go deep enough and he is a skilled surgeon. Dr. Apples has as well never seen his children or grandchildren since those days, this man angry but he still tries to hold onto his ideals that there is good in everyone though this is one man that I never want to make angry. Again he is passive, but he is trained and like a wild mustang he is unpredictable and he is best friends with the man we know as Striker.
He might have served the United States Army but he never swore allegiance to the UCAS and he has stated many times that it will crumble and fall as long as there are men alive who remember the Good Old Red White and Blue and you can’t kill the true American spirit and tenacity. He might not officially be a runner, a Patriot or a Founder. Though he basically is they call him Cider as a play on his last name and his fondness for hard cider, he has been trained in combat by the US Army, Striker, Ducky, and Stamps and he is fully vocal and in full support of the War against the NAN and the Treaty of Denver. So if ask me if this man is good man, I will have to say no, Dr. Apples is no better then the blasted Mayor and his freedom fighters.

This is dedicated to all the warriors of the shadows who have fallen in the line of duty. RIP    Crazy Glue: Killed in the Jackals Lantern by an unknown assailant, Her Murder is still under investigation by SPD  Wallace: HRM member killed in the Scottish invasion of England. Rot in Hell Wallace  Tommy: Member of the Regulators recently killed by SPD    Grimm: Member and Leader of the now defunct Ministry, killed by SPD C-SWAT. During the Deaths Hand Invasion  Mr. Walter O'Neil (Sarge): Member of a group only referenced to as the Post Office, He was killed in … END_OF_DOCUMENT_TOKEN_TO_BE_REPLACED