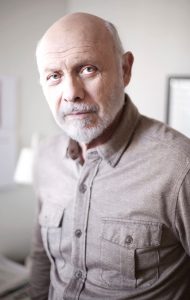 Bio: He is the Big Kahuna and he once ruled the Hawaiian Islands alongside his running mate and friend Charles Butler also known as Charles Belmont. This man might seem to be a simple old man and one that earned his place within history as the first elected duly elected Vice President of Hawaii after freeing the state from its rule under Japan. Though you would be wrong, Festivus here would help lead a bloody insurrection that would end with the duly placed ruler being hanged from a telephone pole and the rest of the states congress being beheaded by the rebels that sought to overthrow the government on false claims of imperialism and over taxation. Festivus here would leave his career as a teacher to put his uniform back on, pick up a rifle and take up arms alongside the revolutions commander the self proclaimed George Washington of Hawaii Charles Butler.

There revolution would last only a year but they would leave countless dead and many forever disabled in there wake, Festivus here was known as the Decapitator while fighting in the uprising……well do to his ungodly skill with his sabre and well lopping the heads off those that stood in his path. I am not even sure how the revolution was so successful seeing they were greatly outnumbered and yet Charles, Montgomery, Rusty, Reverdy, and Festivus here would make quick work of the numbers and allow for their men to gain a foothold. Now this revolution wasn’t fought in a traditional battlefield sense……no it was a shadow war with these men fighting within the back country of the islands and taking the fight directly to those in charge. They would storm the citadels of the rich and powerful and drag them out of their homes to be tortured, and butchered before death….according to the records provided by the rebels they were hunting down Insect Shamans and those connected to Free Bird as well the Black Dragons. Though we have zero evidence of Insect activity in Hawaii during the time of the uprising and in my opinion it was simply an excuse to murder.

Though one thing is certain the uprising was successful and as well silent besides the final conflict at the capital building in Honolulu, they managed to keep there civil war off the airwaves besides the political adds that spouted their chosen propaganda…..convenient I say keep the people ignorant and obedient as these raciest imperialists butchered the Japanese that were the legally placed governing body within there territory. Than after the final stand they would supposedly step back and allow for a new chosen body of officials to draft a new charter for the newly established Republic of Hawaii yet Charles and Festivus would be the first to sign this document and as well the first to be elected in an election…….ya that screams fixed and rigged, they butchered their way into power and used fear and terror to secure an election.

Charles and Festivus want you to believe that they didn’t want there terms to be ten years and than serve for twenty years, again I say bull shit these men rigged everything and even secured their successors election. They would place Kevin Georgetown into office and simply fake an election to make it seem legit, why didn’t Festivus run for office well he has always played second fiddle for Charles and he doesn’t have a true leadership bone in his body…..once their terms where up Festivus handed his spine back to Charles and than put himself into a retirement home playing the grieving widower card while Butler would head back to the mainland to continue his web of corruption.

The worst part of this entire deception is that even Festivus’s own family was ignorant to his political role seeing he simply kept himself off the media and would return to his home in the village come the weekends. It wouldn’t be till the inauguration of Kevin Georgetown that his daughter would even learn about his days in the Federal Immortality Project and his connection with Rusty Rutherford one of his co-conspirators; though would simply claim he was a fellow veteran and couldn’t afford a new uniform for the Pearl Harbour Remembrance Ceremony. This entire situation makes me ill to think that they would pull this on the people of Hawaii and yet claim they represent freedom and liberty; seriously how does Festivus’s family not know their grandfather is the Vice President of the Hawaiian Republic and yet another shocker is the President Charles Butler not know that Carmen Mahelona was his daughter and a married women with whom he had a three year affair……seriously something is fishy here in their stories and someone is lying and my money is on the insurrectionists, rebels and politicians Charles and Festivus seeing well they started this entire shit show simply to oust the Japanese and the Black Dragons.

Now I understand that Festivus is a naval veteran of the FIP served with the Navy through the Second World War within the Pacific Theatre and fought alongside Rusty Rutherford at Iwo Jima, he was than transferred to the Marines to fight within both Korea and Vietnam before being gravely injured and retired in 1973. He was married multiple times and outlived each and every wife so deception would become normal to someone that was ashamed of his service and his days in the Federal Immortality Project but seriously how evil can he be that he would conceal his murderous tendencies from his family and well that he was the fucking Vice President of the newly established Republic of Hawaii and signer of the territories Charter.

We would also learn that even when Festivus was a civilian he worked alongside the Crystal Dragons and Railroad thus proving his hatred and bigotry towards the Black Dragons. He would hide even this from those he supposedly loved, now that we have exposed him I hop his family disowns him and turns him into the legal authority to be hanged as the traitor he is. This man is a professional liar and trained killer, he is highly trained in a long lost martial art that is known only by a few namely Montgomery Hilliard, Charles Butler, Tullius Kissinger, Rusty Rutherford, Reverdy Jamestown and Festivus Jamestown called simply DO……also how the hell did everyone miss the fact that Festivus was a Jamestown, oh I know he isn’t a white man with a southern accent, no they simply thought that his surname was Jamestown and he wasn’t related to the crime family…..seriously I have heard they kill anyone that even shares the same name and isn’t family directly.

I can hear it all now……I lied to protect them from my past and my dealings in the Crystal Dragons, now where have i heard that before…..I remember Tutor Yates with his brat of a son Max. Festivus your busted and your story is out there so try hiding it now from your daughter Carmen and your grandson Logan…..oh good job covering up your tracks by having Montgomery murder your son in law David……yes I know about that and your sudden rescue by the Jersey Devil. You had the Arc all over that town in a vain attempt to protect your secret from being exposed. All it did was bring them directly into the spot light and yes Mr. Vice President your son in law worked alongside my friend the Hornet and we have been onto you for years……you have always been a thorn in our side and even tried to separate our plant from your grandson; well that didn’t work we have your great grand babies and they are wonderful servants of the Neon Church sadly the bitch got herself killed by her father for sleeping with a mutt of the Crystal Dragons.

Well looks like I exposed my plan as well…..well who cares seeing all I want is to watch you die slowly at the end of a rope and what we do is legal within Japan thanks to the ruling class of the Black Dragons and soon the Arc will be nothing but a bad memory and we will once again rule Hawaii and than the entire UCAS seeing they simply love the Neon Church and have for ages…..we will destroy you and through you bring down the entire order you serve, we will destroy your Grandfather and your Uncles, we will expose you as the liar you really are and the killer you actually are……the Bible says “Though Shall Not Kill” and well you are a sinner Festivus and you have damned your entire family, please smile for your death mask when you are hanged……we are drafting articles for your arrest on a federal level and your execution will be a long time coming when you dance the hangman’s jig.

This is dedicated to all the warriors of the shadows who have fallen in the line of duty. RIP    Crazy Glue: Killed in the Jackals Lantern by an unknown assailant, Her Murder is still under investigation by SPD  Wallace: HRM member killed in the Scottish invasion of England. Rot in Hell Wallace  Tommy: Member of the Regulators recently killed by SPD    Grimm: Member and Leader of the now defunct Ministry, killed by SPD C-SWAT. During the Deaths Hand Invasion  Mr. Walter O'Neil (Sarge): Member of a group only referenced to as the Post Office, He was killed in … END_OF_DOCUMENT_TOKEN_TO_BE_REPLACED