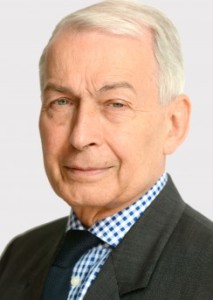 Weight: 155
Apparent Age: 60
Archetype: Mercenary Adept: Circle Unknown
Preferred Weapon: Modified Spass 22
Runner Song:
Bio: Well it seems another old timer with a bad attitude has returned from parts unknown and has reconnected with some old friends, Hollow has returned to Seattle after an extended vacation somewhere in the world. All records pointed to this Wolf Pack member having been killed during the Titanic Operation, but it seems that Hollow was just playing possum and has decided that 2074 is a good year to come out of retirement. Again what this man has been up to since he vanished in the early 2050’s is unknown and this should cause for concern. Hollow has never been known for his subtlety, which means he has learned a new trick well who says you can’t teach an old dog new tricks. Hollow is a master assassin and has been killing people for profit before it was considered the in thing. This man once employed will go to any extreme to bring his target down and has used such tactics as dispensing liquid nitrogen into a swimming pool, employing sodium oxide in shower heads, hydrochloric acid into swimming pool pumps and so on. Hollow has also used direct arson and as well traditional methods to bring down his targets, this man has no empathy for those he kills and doesn’t care if he must gut innocent victims to bring his target to an early grave. For Hollow it’s all the same and he gets paid either way, so good luck to anyone who ends up being on Hollows list.
This man is from the founding father generation and has been reigning terror down upon Seattle for generations, this man holds no love loss for the natives and he completely despises the UCAS and False Flag so he fits in perfectly with the other manics of the Wolf Pack. Hollow has been on a conquest since he emerged on the scene sometime around 2030 and no one has survived his rage. Though why he is so intolerant is unknown and where Hollow came from is unknown so again this man is a bit of a mystery. He just appeared one day standing side by side with Medusa and fighting along side Stamps and Ringmaster so any warrior that can dance alongside legends like that should be cause for concern.
I really wish I had more to report on Hollow other then him being a legendary assassin that will go to extremes to remove his target, this man has managed to keep himself off the radar for over twenty years and this worries me. Hollow is not a man that would just go away quietly and rest on his laurels, no this killer would remain very active so I will be doing some leg work looking into and open homicide especially inside the UCAS for signs of Hollows involvement you just don’t extinguish his level of hatred. No this burns bright and hot, so Hallow has to have been up to something and only since returned to Seattle to settle unfinished business.
He is the newest return member to that old team of very scary legends, like they needed anymore help but it seems that the Wolf Pack’s roster was not complete when it was posted on this site and with the triumphant return of Hollow this can truly shift the balance of power once the Pack returns to the streets hunting the UCAS as prey. The average soldier is nothing but a speed bump to the likes of Hollow and even a elite unit of special forces soldiers is nothing more then a warm up for the Wolf Pack. So I seriously hope that this is the last of these Apex Predators of old to emerge from the shadows and begin to prowl once again. So be on the lookout for Hallow, as he is back in the city proverb and he is on the quest for souls to steal and if your in his way he might just send you to the morgue for just being in the wrong place at the wrong time. For Hollow the greatest sin in supporting the UCAS and not respecting the old ways, he cares nothing for your rights nor your right to live in safety, for him life is meaningless is your fly the False Flag and for a handful of credits he will collect your soul to replace the one he sold many years ago.
Page Written By: Shadow Writer

This is dedicated to all the warriors of the shadows who have fallen in the line of duty. RIP    Crazy Glue: Killed in the Jackals Lantern by an unknown assailant, Her Murder is still under investigation by SPD  Wallace: HRM member killed in the Scottish invasion of England. Rot in Hell Wallace  Tommy: Member of the Regulators recently killed by SPD    Grimm: Member and Leader of the now defunct Ministry, killed by SPD C-SWAT. During the Deaths Hand Invasion  Mr. Walter O'Neil (Sarge): Member of a group only referenced to as the Post Office, He was killed in … END_OF_DOCUMENT_TOKEN_TO_BE_REPLACED