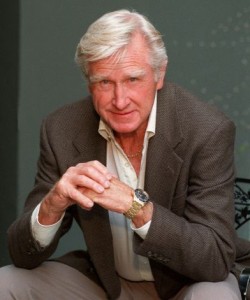 Bio: When it comes to the story of this old General of the Patriots we need to take a look back into the history books and then dig a little deeper, Warpaths story is not fully covered in the recorded history. If we stick with what we find recorded, we will only find the bare minimum about this highly decorated commander turned mercenary. That will do little justice to a man of this calibre, I know O’Brian will want me to destroy this man’s reputation and his honour. I can’t bring myself to do that to a man like Warpath, his name alone strikes fear into the hearts of his enemies and for good reason. Warpath wasn’t always a mercenary, he was once a valiant officer for this man’s Army and served his country proud for decades, he was educated from a very early age at the countries top military academies and graduated with honours from both West Point and the United States War College. This man was groomed to become one of the countries most brilliant military minds and fiercest officer the country has ever seen, Warpath proved everyone right and went on to have a glorious career ascending to the rank of General and by the time the natives struck he had four stars on his collar, and this is where Warpath took a very serious and very calculated risk eventually failing and becoming just another soldier of fortune.

This is dedicated to all the warriors of the shadows who have fallen in the line of duty. RIP    Crazy Glue: Killed in the Jackals Lantern by an unknown assailant, Her Murder is still under investigation by SPD  Wallace: HRM member killed in the Scottish invasion of England. Rot in Hell Wallace  Tommy: Member of the Regulators recently killed by SPD    Grimm: Member and Leader of the now defunct Ministry, killed by SPD C-SWAT. During the Deaths Hand Invasion  Mr. Walter O'Neil (Sarge): Member of a group only referenced to as the Post Office, He was killed in … END_OF_DOCUMENT_TOKEN_TO_BE_REPLACED