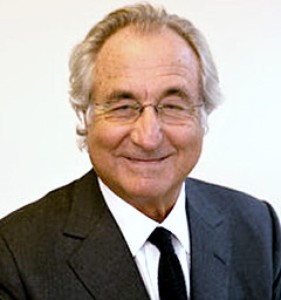 Bio: Arctic is one nasty bastard, this magi cares little for any of man’s laws and he does basically whatever he pleases, whenever he pleases and he doesn’t take crap from anyone. He has created a spell that is the reverse of hell blast, instead of fire he unleashes ice and Arctic air in vast area. He basically freezes everything in his path. This man is a cold as ice and his heart is as black as the abyss, so be very careful when dealing with Arctic, he is completely unpredictable and having been a sole operator for decades, his survival skills and his self preservation and paranoia have kept this runner alive even though the odds have been stacked against him. His operations have ranged from, toxic clear outs in the barrens, to snatch and grabs in the corporate sector, he even assaulted Aztec alongside Ringmaster in the Fire and Ice operation. Arctic is not an original, but he is damn close, he emerged on the scene to late to be an original but to early to be a next generation, he is kinda like Whisper in that account caught between generations.
Arctic has used this to his advantage and has managed to slither undetected within the shadow of the Unknown Soldiers and Wind Runners, though with the death of some of the cities best magi, Arctic can no longer hide and remain a figment of the shadows. Where this magi stands in the war in unknown, and where he stands in the war in shadows is also unknown so be very careful when dealing with Arctic, he is not as powerful as Ringmaster but his skills with that ice spell are something to be feared. If you ever wondered what being hit with pure liquid nitrogen felt like, let Arctic cast his magic upon you. Also it is rumoured that his grasp is so cold, that it rips the heat right out of your body and he is practically invisible to thermographic vision cause he is naturally cold as ice.
The shadows have yet another warrior to fear, and another warrior to claim as there hero. Though with Arctic I would be very careful about taking him on as a role model or hero, since his actions so far have not been something worthy of being classified as heroic. Also he is the type of runner that does whatever he wants, and he is so feared that Johnson’s wont meet with him in person. I do know Arctic has vast economic knowledge and is a master mathematician so this runner has a side career in the financial district or within the schools, my investigators can’t seem to figure out where his side project is, whatever it is it has allowed Arctic to remain unnoticed and allowed him to maintain a perfect double life.
It will only be time before the news feeds start filling up with the work of Arctic since I know he is back on the streets and do to his skills in the arcane he is a hot commodity for any team looking for there magical support, and his vast knowledge of economics makes him even more valuable. Though remember this runner has worked along side Ringmaster in the past and his registered circle ranking has not been updated since 2063, so his true power is unknown and his foci are a complete mystery. Be very careful when dealing with Arctic, he can give you a serious case of frostbite and his heart, soul and blood are as cold as the frozen air in the Polar ice caps.

This is dedicated to all the warriors of the shadows who have fallen in the line of duty. RIP    Crazy Glue: Killed in the Jackals Lantern by an unknown assailant, Her Murder is still under investigation by SPD  Wallace: HRM member killed in the Scottish invasion of England. Rot in Hell Wallace  Tommy: Member of the Regulators recently killed by SPD    Grimm: Member and Leader of the now defunct Ministry, killed by SPD C-SWAT. During the Deaths Hand Invasion  Mr. Walter O'Neil (Sarge): Member of a group only referenced to as the Post Office, He was killed in … END_OF_DOCUMENT_TOKEN_TO_BE_REPLACED