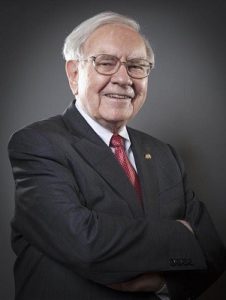 Bio: Well after uncovering this rat bastard, I worry for the fate of the world. This man is currently unaligned an that’s a good thing, I think. Holocaust is a pure evil incarnate, this man has systematically eradicated multiple tribes from the South American countries and as well in Africa. Yes he is truly a madman who is drunk with power. His hands go deep into many different nations pockets, he basically owns multiple mega corporations by having there leadership in his pocket, this man is a mercenary of doom. His honour code is worse than Omega’s and his ideal of life and death is very twisted, Holocaust got his name after he had an entire tribe of locals from Brazil sent to a death camp there just so he could harvest precious resources there that the locals considered sacred.
Holocaust commands a small unit of mercenaries in South America, and he is on a personal quest to pillage the land for his personal gain, the countries leaders are powerless to do anything about his conquest since his influence runs deep. It is said that Holocaust is on a campaign to strike at Aztlan from the Southern regions and either bring them crashing down, or take command of them and destroy the country and corporation once and for all. Well if history does show anything, he is more then capable of doing this, Holocaust has not one merciful bone left in his body, he has proven he cares little to bring an entire region of people to extinction if they get in his way. Your life is nothing but a speed bump to this man, He currently lives in exile in South America for the crimes he committed in Europe and Africa. Though now with the Deaths Hand in control of those regions, Holocaust might just join these monsters and that will be horrible, Holocaust already controls all of Brazil, Peru, Bolivia and Columbia basically cutting this poor nation in half. He is also knocking on Aztlan’s back door, if he was to join the Hand this would give Alexander control of a very large force in the southern half of the Western Hemisphere and gain the benefit of Holocausts vast political, business, and militaristic knowledge.
Holocaust first received his training and knowledge from the UCAS Marine Corps where he served in the infantry and ended his carrier in the Armour corps. He also holds degrees from Annapolis, the Citadel and the Army War Collage. He also holds civilian degrees in business, history and and doctorate in sociology and economics. This man is well educated and has attended some of the worlds finest institutes of academia. Sadly he used this knowledge for evil and not for good, Holocaust will not stop his conquests until he is killed and he has already stopped some of the best assassins from killing him.
He is to be considered extremely lethal and his order is highly trained and there goal is most certain the extermination of the Latin people in South America and Aztlan. He is also another one of those elf haters and has opened concentration camps in the countries he took command over and has sent many an elf or undesirable to the gallows and has stoked the fires once again. Holocaust has relit the ovens of hate once more, please if there is a God, he does not ally himself with Alexander. Somebody needs to kill Holocaust before the Negotiator gets dispatched into Brazil.
If you see Holocaust, avoid and contact the authorities right away, this man is wanted on every continent for his crimes against humanity. Remember this man will steam roll anyone who gets in his way, he cares nothing for life and killing has become this man’s religion.
<<<The World Court has Issued a 10,000,000 Credit bounty on the man known as Holocaust he is wanted alive to stand trial and summary extinction for his crimes>>>>

This is dedicated to all the warriors of the shadows who have fallen in the line of duty. RIP    Crazy Glue: Killed in the Jackals Lantern by an unknown assailant, Her Murder is still under investigation by SPD  Wallace: HRM member killed in the Scottish invasion of England. Rot in Hell Wallace  Tommy: Member of the Regulators recently killed by SPD    Grimm: Member and Leader of the now defunct Ministry, killed by SPD C-SWAT. During the Deaths Hand Invasion  Mr. Walter O'Neil (Sarge): Member of a group only referenced to as the Post Office, He was killed in … END_OF_DOCUMENT_TOKEN_TO_BE_REPLACED