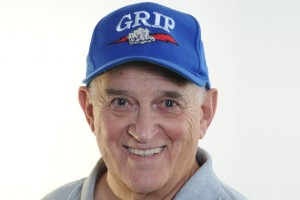 Weight: 145
Apparent Age: 60
Archetype: Rigger
Preferred Weapon: Spass-22
Runner Song:
Bio: The Mechanic is one hell of a rigger, this man is a terror of the open roads and the open sky he is a legendary bomber and dog fighter, he is able to modify anything and he can repair even the most busted of vehicle or weapon. This man isn’t actually a runner per say, he is more of a soldier and a Confederate he has been fighting along side his Confederate brothers for decades and is also a member of the feared Texas Elite along side of his brother the feared Gunslinger. The Mechanic is a rigger that can operate any vehicle though this bastard focuses on ground vehicles and land air vehicles and he is a master pilot. He is a legend when it comes to being a gunner and don’t think he is a slouch out of his rig either. This man is Texas born and raised, he lives for combat, he lives for the thrill of the kill and he is not above hijacking any non Confederate convoys.
The Mechanic has kept his nose clean sort of, he is not on any registered list of known criminals and there are no warrants out for him as of yet. Though there should be for all the chaos he has caused and shipments he stole. It appears that Edward Davis is doing a good job keeping the Mechanic off of the radar of law enforcement and shielding him under the banner of the Confederate States of America, this man is a combat rigger and he is highly skilled in vehicle combat, so be warned this rigger has seen it all and nothing surprises him any more. He has created many prototypes for riggers and no riggers, armour that can absorb more damage, weapons that fire at an increased fire rate, auto loaders to turn single shot weapons into multi fire, and something so classified that even the decker pool of the UCAS military can’t figure it out.
Not much is known about the Mechanic other then he is a solider, rigger, inventor and master fabricator. So be very careful he has been around for generations and is the older brother of the feared Gunslinger, this might be one rigger that is more then meets the eye.

This is dedicated to all the warriors of the shadows who have fallen in the line of duty. RIP    Crazy Glue: Killed in the Jackals Lantern by an unknown assailant, Her Murder is still under investigation by SPD  Wallace: HRM member killed in the Scottish invasion of England. Rot in Hell Wallace  Tommy: Member of the Regulators recently killed by SPD    Grimm: Member and Leader of the now defunct Ministry, killed by SPD C-SWAT. During the Deaths Hand Invasion  Mr. Walter O'Neil (Sarge): Member of a group only referenced to as the Post Office, He was killed in … END_OF_DOCUMENT_TOKEN_TO_BE_REPLACED