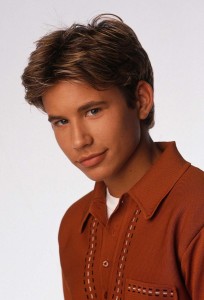 Bio: Well when I speak about the kid known as Gummy, there is nothing good about this teenager, he has been groomed to enter the criminal world from the time he could walk and he was making deals from the time he could speak. Gummy earned his moniker from his absolute love for surgery confection and he can always be found with a bag of gummy candies on him. Though this is as cute as he gets, Gummy is a serious hard lined fixer with a very serious client base. Gummy as well works as the families handler and makes sure there needs are well taken care off by unsuspecting clients that are just looking for a quick job. Well being the youngest son of the man known as Baron, being a shady businessman is deeply rooted in his blood and being the baby Gummy was given everything that he could ever dream off to make his mark in the world of the shadows.
You would think that a kid of fourteen years of age, couldn’t match wits with some of the criminal underworlds best, well thats where you are wrong. Gummy is very well trained and far ahead of many of his peers and even some adults are hard fetched to best Gummy in a battle of wits, this kid has cemented his place as a go to man and with his strong family connections he has the rare ability to act as both a fixer and dealer, getting his hands on some very serious hardware. This kid is not focused on juvenile endeavours or toys, no this kid is well versed in military hardware and has his ear firmly placed on the street. Even some of the cities known fixers have nothing but good things to say about Gummy, though they do look at him as eventual competition this Gummy doesn’t fear but welcomes the challenge.
Gummy is also well versed in the use of the hardware he sells and he is not above sending another poor soul to his grave, this kid has already ordered the execution of many of the districts UCAS loyalists and has a small army of body guards that where stupid enough to allow Gummy to set up their cyber surgery. Well you know he throws an extra few credits towards the doc and in goes a cranial kink bomb and Gummy has slaves for life, This kid has been trained by the best and has followed in his fathers footsteps and as well has been mentored by the Lord of War himself Acme. So for Gummy it’s business as normal and he will continue to spread his wares, and corruption throughout the district and throughout Seattle. With Gummy on the scene, there is no more room for yet another highly skilled fixer and he has already begun the cleansing fires to remove or absorb the lower dealers and fixer to either join his empire or face the consequences.
Don’t think just cause he is young that he is a pushover either or he can be distracted or bribed, Gummy is super focused and highly trained in the arts of combat. He is as paranoid as any elder fixer and he already has gallons of blood on his hands and baths in sin, Gummy trusts only his family and even that he doesn’t trust them with his business. Gummy has become true fixer and serves the Krieghoff Clan happily as he owes them everything, though for Gummy he also wishes to see the UCAS burn and will do what he can to blockade, pirate and make the government’s life a living hell. So don’t think for a moment that Gummy will sit ideally by and allow Seattle to remain under the control of the UCAS and he will use the youth of the city as his personal army to strike at the throat of his enemy. This kid is a Krieghoff by birth and he is evil to the core, this is one child that you don’t want anywhere near you or your family. He might seem innocent but this kids slings a DAOD and he knows how to use it with all the skill of any elder mercenary or samurai, so keep this in mind. He traded his youth to run a criminal enterprise and he knows and understands the risks and dove in head first, all to make his father and grandfather proud.
Page Written By: Shadow Writer

This is dedicated to all the warriors of the shadows who have fallen in the line of duty. RIP    Crazy Glue: Killed in the Jackals Lantern by an unknown assailant, Her Murder is still under investigation by SPD  Wallace: HRM member killed in the Scottish invasion of England. Rot in Hell Wallace  Tommy: Member of the Regulators recently killed by SPD    Grimm: Member and Leader of the now defunct Ministry, killed by SPD C-SWAT. During the Deaths Hand Invasion  Mr. Walter O'Neil (Sarge): Member of a group only referenced to as the Post Office, He was killed in … END_OF_DOCUMENT_TOKEN_TO_BE_REPLACED