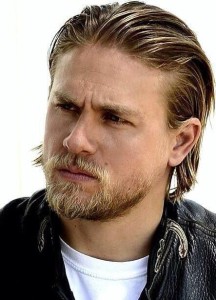 Bio: Hero well in his early days this man was more comical relief then anything, He would walk around like a superhero cape, cowl and an entourage of fan boys and girls. He never once did an actual shadowrun, he would just be the champion of justice and stop purse snatchers, muggers and low rent dealers. Anything that was not really dangerous, but enough to get the attention of the dumb kids and they would flock to him on the streets and parents loved Hero for he was a beacon of light in the shadows of Seattle. He would also point out known runners, scream there name and then use his flock as cover he would flee the scene before the runner could retaliate. This normally left the known runner in a bad spot, as they had to vacate quickly to avoid phone cameras, media and law enforcement. Well as the story goes, he did this one to many times and he pointed out the infamous Chemist and well if we know anything about the Chemist, he is not a man to reckon with and with his CIA training can locate anyone. Chemist didn’t take kindly to being exposed and his operation blown do to Hero’s cowardly tactics, so the Chemist set out to make Hero respect the life he was given or die. On a cold autumn evening the Chemist caught up with Hero and set an explosive charge in his vehicle and when Hero did his daring escape with his followers the Chemist pulled the firing pin and BOOM!! Hero and his posse where engulfed in a fiery explosion, according to Hero when he crawled from the wreckage he was approached by the Chemist, who knelled down and whispered in his ear, “That was jolly fun wasn’t it Hero?”” I do hope you learned your lesson, and have been reborn from death?” then he walked away into the shadows and Hero blacked out. We know Doc Wagon came and rescued Hero, though his entourage was all dead and Hero’s reputation forever stained with there blood.
Hero walked out of Doc Wagon after months of recovery a changed man, he no longer donned the cape and cowl, he let his hair grown and donned combat gear and when to his hidden stash of weapons and started packing heat and not just any heat a DAOD, he dusted off his scorpion and took to the streets a new man, he had fresh chrome and bio and a new look on life, a darker look, The Chemist did change Hero, and I would have to say for the good. Though the people who followed Hero for the beginning quickly turned away from him as he had become what he once fought so hard to not be a true Shadowrunner. Hero no knew what damage he caused with his earlier antics and getting work was hard for this fledgling runner, as employers and other freelancers wouldn’t give him the time of day. So Hero did the only thing he could do and he took his new life to the streets and started a street war with a local go gang and slaughtered each and every member and waited for the wave to get through the streets as to what Hero had just done, once people heard of the killings work started to flood to Hero and he even was contracted a few times by the Brotherhood of Mercenaries, Since then Hero has done many operations successfully.
Hero like the others has felt the recent pressure of SPD and decided it was time to form a team, so he contacted his old nemesis Chemist and the two started to recruit others who felt this way and we know have The Devils Rejects. Only time will tell what this team is capable of. Just remember this is not the Hero of old, he cares little for the old way, and will not give you the time of day, as he learned the painful lesson of what fans can do. His hands are still stained with the blood of his former fans and life, and he knows the Chemist is keeping a very close eye on him.

This is dedicated to all the warriors of the shadows who have fallen in the line of duty. RIP    Crazy Glue: Killed in the Jackals Lantern by an unknown assailant, Her Murder is still under investigation by SPD  Wallace: HRM member killed in the Scottish invasion of England. Rot in Hell Wallace  Tommy: Member of the Regulators recently killed by SPD    Grimm: Member and Leader of the now defunct Ministry, killed by SPD C-SWAT. During the Deaths Hand Invasion  Mr. Walter O'Neil (Sarge): Member of a group only referenced to as the Post Office, He was killed in … END_OF_DOCUMENT_TOKEN_TO_BE_REPLACED