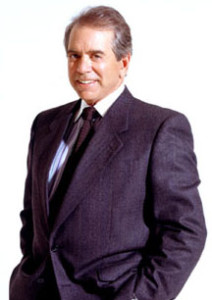 Weight: 170
Apparent Age: 50
Archetype: Mercenary
Preferred Weapon: DAOD Pistol
Bio: Well Gallows just joined the ranks of the SPD major case squad, this man received a pardon now I am convinced there is something fishy going on with that pardon board. This man is no where near a nice man, he is a hunter killer and gets paid well for it. His body count is very high and he kills his targets by subduing them with either a sedative fired from a Squirt, Narco-Jet, or Hypo-Doc or he just shots you in your legs with his pistol whatever it takes to get the job done. The terror for his victims doesn’t there, when they come to they are faced with another more terrifying aspect, being bound and standing on a makeshift gallows with a noose around there neck. They can also see there coffin and grave already dug waiting for them. His victims are normally brought to tears from the sheer terror of the situation, he has the hole thing documented by video and asks his victims to give there last words for posterity and if they repent for there crimes. After the victim babbles for a bit and tears fill there eyes and they start begging for there life he kicks the wedge out of the gallows floor and lets them drop. Problem is his hangings are always short drop so the victim suffers for 20 to 30 minutes before death comes crawling, there last sight is of Gallows opening there pine box and getting it ready for there final resting place. He has killed, chromed out samurai, hermetics, adepts and shamans as well as normal folk. All have broken down into tears, and the magi have not been able to cast there magic and the samurai are unable to break there binds.
Gallows is a contract killer and this is well confirmed, he shows no remorse and can even be seen smiling and whistling in the death videos he sends to the employers. Like Digger his victims graves are never discovered and they are left to rot in an unmarked grave that only Gallows knows about. His targets are random and he seems to have no code about who he will kill, all we do know is Gallows never kills his victims when they first meet. This man is as heartless as most of his ilk, and seems to get a thrill out of both the hunt and the kill, why SPD pardoned him I will never know, and will Gallows be able to keep himself from hanging any one while he is in Seattle, well this is a big hope. Gallows gave up a huge pay day to become a SPD Detective, and we all know once a killer always a killer. I do hope for your sake you never have a run in with Gallows cause his form of justice comes with a hemp neck tie, that he should be wearing and not a badge.

This is dedicated to all the warriors of the shadows who have fallen in the line of duty. RIP    Crazy Glue: Killed in the Jackals Lantern by an unknown assailant, Her Murder is still under investigation by SPD  Wallace: HRM member killed in the Scottish invasion of England. Rot in Hell Wallace  Tommy: Member of the Regulators recently killed by SPD    Grimm: Member and Leader of the now defunct Ministry, killed by SPD C-SWAT. During the Deaths Hand Invasion  Mr. Walter O'Neil (Sarge): Member of a group only referenced to as the Post Office, He was killed in … END_OF_DOCUMENT_TOKEN_TO_BE_REPLACED