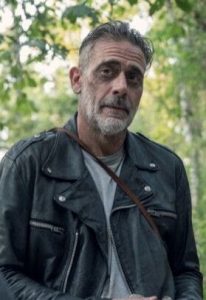 Archetype: Physical Adept: Circle Unknown (Don’t just don’t he will kill you and force you to watch yourself die)

Bio: Oh how the tides have turned with Hacksaw, the once second in command of Free Bird and friend of our hero’s Legion and Salazar turned enemy in a heartbeat. Hacksaw is a traitor and betrayer of all that is good and decent, he turned his bat onto his own men and uses his beloved Betsy to splatter the brains of anyone that works for Free Bird or the UCAS. He as well just loves his shotgun and letting everyone know that he will explode their face with his baby that spits lead and kills people. This man is a maniac and should be killed for the safety of all thats good in the world.

Hacksaw worked for Salazar for decades if not longer and really pilled up the bodies of the rebels he would go against and than one day he had a change of heart and turned on Free Bird and helped the Rebels and Harbingers defeat the Bird. He has since gone on a conquest against the Bird and is hunting them to near extinction in Seattle. He has given the rebels every ounce of information he had about the Bird and has since watched with glee as his former friends and troops as massacred one by one. As he puts it hunting the Bird is “Easy peasy lemon squeezy” or “How do you like me now?” this man makes jokes out of murder and splattering skulls and brains; he has been heard saying “Wow Splatter House, I just love that game.” or “It’s wack a mole time, who’s up for a game” this man is disturbed on many levels.

Even Salazar tried to tame Hacksaw and well he was rewarded with thousands  wacked moles and being on Hacksaws menu, I have nothing nice or good that I can say about this lunatic and it seems the rebels love him and the Harbingers are proud to house this maniac, they even allowed Hacksaw into the US Elite….I don’t think a barbed wire bat is standard issue nor is his baby  double barrelled sawed off shotgun that he wields with ease. This man simply enjoys killing so much that he lets Betsy become stained with blood and he only repairs the barbed mono wire on the bats end when it grows worn. I mean he has been herd saying “Well Betsy is thirsty, time to oil her up…what mother fucker is next on the menu?” how can a legitimate legal military even accept this shit stain let alone make him an officer.

Salazar needed someone like Hacksaw to fight the rebels, but that was the Bird fighting rebels….Hacksaw will be representing the new US government and military and I don’t think once they got him into uniform or shaved. Don’t be fooled Hacksaw might be violent, mean and crazy but he is the total package and thats why Salazar put up with his antics and blood lust. This man is a psychical adept of super human power talking high triple digits if not higher in circle, his Betsy is a stupidly high grade weapon focus with additional unique properties and this man has the charisma to back up his mouth let alone the balls. He doesn’t write checks his ass cant cash and he is quick to anger, and quick to send a very brutal message to anyone that is willing to listen and those not willing well all eyes pop out when Betsy comes crashing down.

He is a military genius and able to keep troublesome folk in line through his come at me if you have a problem mentality, he encourages people to challenge him and they better beat him if they do….or he kills them with the weapon of their choice. Hacksaw is more of a gang leader than a officer and he will have issues in a truly structured order where he is not the king shit and has to follow the rules and the law….Hacksaw murder is simply not okay in civilised society. There is more I can say about Hacksaw, yet I will end it here this man is a lunatic and willing to do anything to watch the Bird shrivel and die, he has no issues with wholesale slaughter and he is not above executions at random…..seriously using a child’s playground game to pick who lives and who dies. He might seem mature but he is not, Hacksaw is a child trapped in an adults body, he is fully of dick and shit jokes and curses like a sailor so keep children and easily offended away from Hacksaw.

Write your Congressman and demand that Hacksaw be removed from the US Elite and arrested for murder, demand that they actually do a background check on the bastards they are letting into the Elite and giving commissions too. Hell even Spade is not as bad as this maniac, but I guess seeing Wilhuff and Rivers like him it’s okay to let a monster loose into Seattle; this is not going to end well and I will be glad to watch as the Elite burn at the hands of Hacksaw and his blood thirsty antics, how many innocent have to die before someone says something about him and puts him behind bars.

This is dedicated to all the warriors of the shadows who have fallen in the line of duty. RIP    Crazy Glue: Killed in the Jackals Lantern by an unknown assailant, Her Murder is still under investigation by SPD  Wallace: HRM member killed in the Scottish invasion of England. Rot in Hell Wallace  Tommy: Member of the Regulators recently killed by SPD    Grimm: Member and Leader of the now defunct Ministry, killed by SPD C-SWAT. During the Deaths Hand Invasion  Mr. Walter O'Neil (Sarge): Member of a group only referenced to as the Post Office, He was killed in … END_OF_DOCUMENT_TOKEN_TO_BE_REPLACED