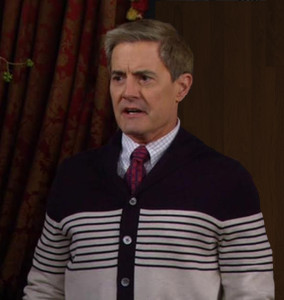 Bio: Well here is another original that I thought had vanished forever into the shadows to never be seen again, I was wrong and Khan is back in Seattle and it seems this hunter is here to stay. Khan is a shape shifter that wears human skin but is all tiger, he has a predators heart and soul, this killer masquerades as a caring selfless being but don’t be fooled he has not one humane bone in his body and he is out for blood. Khan has always held a strong loyalty to this fair land he was born in and as well to his father Irish heritage, yes this is an Irish tiger. Khan has been a member of the Patriots for many years according to my research and he has as well belonged to the Brothers of Ireland the code name for the Irish Republican Army. So you can see where this leads people, Khan is also supporting the HRM and there extinction of the elven people. This hunter has a taste for flesh and he will gladly sin his teeth into either elven or native flesh to support the cause.

Khan is a master of blending in and using his knowledge of high society and the arts to garner influence and contacts for his unlawful cause, a a runner he is one scary bastard, he has no compassion and cares little for the lives he ruins of the people he kills or injures with his operations. He was on many of those early jobs that we now look at as legendary jobs of the past, the jobs that built the city we live in and created a world where the shadow warriors are now hailed as hero’s of the night. Khan used these jobs to further his cause of freeing Ireland and bringing an end to the Native American Nations, he is one of the earliest recorded runners that took the fight direct to the NAN here in Seattle and struck fear in there hearts. He used his natural ability to transform into a tiger to frighten the natives into thinking they angered the spirits and crushing there resolve, thus allowing his team mates to slaughter scared defenceless targets, Khan also worked side by side with many HRM soldiers here in Seattle and is still terrorizing the elven districts today.

Khans physical nature and his abilities in combat make him a beast in battle and his ability to track targets is legendary only to be surpassed by the infamous Raptor. He posses abilities that are long lost and he has been grandfathered so be exempt from Article 16 so his weapon foci is well beyond the scope of legality. Khan is also a master of blending in and making himself seem like he is supposed to be there, he can go from a gala white tie event at the capital to a rowdy party at the biker bar and the people never think twice about him being there. This allows Khan to move without fear through these various cultures and as well rack up a list of contacts and allies that all what to help the great party man they think he is. All he wants out of it, is people he can manipulate and gain favour of for some nefarious plot he has.

Khan might appear to be a good Irishman but you couldn’t be more wrong, this man is a hunter and killer and he uses peoples stereotypical views and prejudices against them and then he goes for the throat and brings down prey that is much bigger then himself, remember when dealing with Khan he only respects the runners of his generation and for everyone else is nothing but prey, he is back in the city and has been scene lurking the streets with other fellow originals and even some very scary European runners that have come to Seattle in the wake of the Deaths Hand war in Europe. People it looks like the Wolf Pack might not be the only team of scary old timers now lurking about, and if Khan is at the helm of this new team the shadows will never be the same.

This is dedicated to all the warriors of the shadows who have fallen in the line of duty. RIP    Crazy Glue: Killed in the Jackals Lantern by an unknown assailant, Her Murder is still under investigation by SPD  Wallace: HRM member killed in the Scottish invasion of England. Rot in Hell Wallace  Tommy: Member of the Regulators recently killed by SPD    Grimm: Member and Leader of the now defunct Ministry, killed by SPD C-SWAT. During the Deaths Hand Invasion  Mr. Walter O'Neil (Sarge): Member of a group only referenced to as the Post Office, He was killed in … END_OF_DOCUMENT_TOKEN_TO_BE_REPLACED