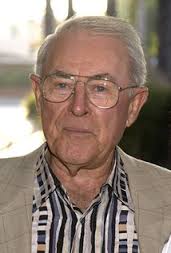 Bio: His name is Roanoke and he is the creation of nightmares for all who reside deep within the Confederate American States (CAS);  though his terror is not limited to just the Confederacy as he has struck many regions within the United Canadian American States (UCAS) and Native American Nations (NAN). Roanoke would wonder onto the scene sometime around 2015 with his first mass murder and ritualistic killing of a confederate family that was supporting the current administration; and was calling for unity, progress and diversity between the states and the people. For Roanoke this was an unacceptable application and he couldn’t be bothered; with the flow of progress and wanted everything to stay just the way it had been for the past two hundred years.

Well for the story of this man, we must go back many years to before the days of the Great Tragedy, the rise of the False Flag and the Civil War; we must look back to a time when the country was unified under one banner and called the beloved United States of America. Roanoke was supposedly born within the back woods of Virginia and quickly abandoned by his parents and left to his own devices; now this would have been a death sentence for just about every newborn child, though according to local preachers and native medicine men this child not only survived he prevailed and became one with nature; thus becoming a further affront to the Almighty Lord himself.

Roanoke is assumed to be of Caucasian decent though even this is left to speculation; where most say that he holds some ancient native blood of a long lost tribe, one that has allowed this child to forage and survive in the harshness of the Virginia wilderness for all those years alone with only his natural instincts to provide Roanoke with the nourishment to survive. Even though there are the legends that he was raised on his own and survived through primal instincts and raw supernatural power; it just is not possible for a newborn child to survive lost and alone without some sort of outside interference, who or what raised Roanoke is unknown seeing that nobody has stepped forward to claim responsibility for this wild child. Even when local police officers stumbled upon the childhood home of this serial killer, they would be meet with  gruesome scene of butchery, cannibalism and the pungent scent of decomposition; according to the local sheriff many open homicides of campers, hikers and derelicts would be solved in  a single night; the only clue would be scrawled in dried and oxidized blood the word “ROANOKE” scrawled on the cabin wall, otherwise it would be abandoned of any possessions, it wouldn’t even have a direct line to the information superhighway or the power grid; just a cabin lost in the woods and isolated from the modern convinces of society, this cabin and the police reports to follow would be found and dated October 31st 2025 not many years after the Civil War and only seven years after the Great Tragedy.

The lost cabin would become the focus of many ghost stories, police investigations and many anthropological and archaeological studies for many years after its gruesome discovery; many within the scientific and law enforcement world would become fascinated with the legend of Roanoke and as more bodies would become uncovered and the forensic evidence discovered would all begin to point to one being that would become known simply as Roanoke, the interest would spiral out of control and so would the legends; they would go on to call him the Ghost of Roanoke, the Child Slayer, or simply the Night Crawler. Preachers would warn their congregations to avoid the darkness of the woodlands and never to trust the cries of the beast within the woods; for they would say that Roanoke was the Devils child sent here to earth to test our very mortal souls and drag us back to hell with it each morning. As the years progressed and the bodies continued to pile up, the townsfolk would be left fearful of the evening star and the police where no closer to capturing Roanoke; they would have zero physical evidence and zero creditable leads to follow, many experienced law enforcement officers would go their entire career with never making any progress on the Roanoke slayings, while others would silently fade away into the night becoming just another undocumented victim of this killer as they would take their own lives out of frustration.

Now one would say that Roanoke would be an easy target if he followed a simple pattern and his victims where all within the same region, but this wasn’t the case; this killer would travel all throughout the eastern seaboard and even into the countries heartland to take its unconnected victims. The only piece of evidence that would connect the victims would be the manner of death; Roanoke would always kill in a very painful and brutal manner with zero exceptions, they would all be sliced in the lower abdomen with a very sharp almost laser precision edged weapon that would leave tool marks on the lower ribs. He would then remove each bone from the victim in surgical precision and quickly salt and soap boil the bones to remove the blood, tissue and restore the bones to a pure white colour. The internal organs would be ground into a meat product and left in bowls for the beasts that always seemed to lurk around Roanoke’s location. He would then reconstruct the victim’s skeleton using surgical wires, bolts and hooks and hoist the desecrated body into a nearby tree as a warning or a taunting action to the police.

According to those in law enforcement this whole process should take hours  of precision surgery and care to not damage any of the fragile bones, the only direct evidence being the laser scaring on the subjects lower rib bones from the initial carving; no other evidence of injury has ever been found and  do to the bones soapy boil any chance of getting a toxicology report has failed, as the process of bleaching the bones destroys the marrow; this is the only common denominator linking all the cases of the Roanoke killings to each other. Bodies have turned up in Iowa, Virginia, New Hampshire, New York, Federal District of Columbia (FDC), New Jersey, Florida, Michigan, Montana, Arizona and Ohio over the last five decades; as the years progress the bodies keep appearing and it seems that Roanoke is becoming far smarter, leaving far less evidence and speeding his time frame up; making his kills quicker thus shrinking the police departments ability to figure out a pattern.

The only common denominator with the victims of Roanoke has been they are either employed, loyal to or are related to someone that is directly linked to the United Canadian American States (UCAS) or the Native American Nations (NAN). Outside of this connection the police have nothing to go on, even photographic evidence has been hard to come by; according to some sources within the UCAS when approached about Roanoke, they claim that he is an agent of either the Freedom Patriots or Sons of the True Confederacy and some even claim that he works directly alongside the terrorists known as the Highwayman and Journeyman of the Freedom Patriots; though this is only hearsay and scoring an interview with either of those madman will never happen; we are left with only speculation.

Though as of recent witness reports within Philadelphia on February 2nd 2074 during the assault on the President, many witnesses report seeing Roanoke fighting alongside the Presidents Men during the assassination and murdering of our beloved federal officers. So this might brig credence to the accounts of Roanoke working alongside the men known as the Wreckers (Presidents Men). Also it gives us the only insight to his actual physical prowess that has been lost to us for many years. Roanoke seems to have some extreme physical adept powers that have been lost for years when it comes to his skills with a blade, he can render himself invisible at will and nearly become forgettable to all those that actually witnessed his face. He was seen fighting with one of those glowing sabre’s of a royal blue colour and fighting alongside Deaths Hand General War Machine who was striking one of the presidents decoys, the two men would make quick work of the three dozen DAOD Ronin soldiers that tried in vain to defeat Roanoke and War Machine; video reports show that Roanoke and War Machine where both wearing the same uniformed suit and tie of the Presidents Men as they committed treason against the UCAS.

These current reports are disturbing showing that both Roanoke and War Machine are part of this elite order of assassins; also it shows why we have been left in the dark for so many years about Roanoke and his abilities. If the rumors and reports are true this means that Roanoke has been working and has been trained in secret by this old world order. Thus also showing that the connections of the Presidents men go far deeper than anyone had ever dreamed; The federal government tried to silence these men back during the purge and failed and it seems that not only have they returned they have shown the world they are still in action and willing to fight alongside the Freedom Patriots.

Even with the most current information having been discovered, Roanoke is still an enigma, and not much is really known about what he is capable of. This killer has left bodies throughout the nation and continues to kill with zero fear and concern, if he is a president’s men this is scary prospect, seeing the Freedom Task Force and Agent White failed to remove them from the earth, now Roanoke has returned and once again the bodies will pile up, he is a true master his trainers are unknown and whomever or whatever raised him is unknown; they call him the Devils Child and this is one truth that can be proven, he holds no moral compass and has zero fear, each of this order is known for some specialty and they are all cross trained even the newest of them Bueller was able to assassinate the president with ease; so be very cautious around Roanoke unless you want to become a set of wind chimes.

This is dedicated to all the warriors of the shadows who have fallen in the line of duty. RIP    Crazy Glue: Killed in the Jackals Lantern by an unknown assailant, Her Murder is still under investigation by SPD  Wallace: HRM member killed in the Scottish invasion of England. Rot in Hell Wallace  Tommy: Member of the Regulators recently killed by SPD    Grimm: Member and Leader of the now defunct Ministry, killed by SPD C-SWAT. During the Deaths Hand Invasion  Mr. Walter O'Neil (Sarge): Member of a group only referenced to as the Post Office, He was killed in … END_OF_DOCUMENT_TOKEN_TO_BE_REPLACED