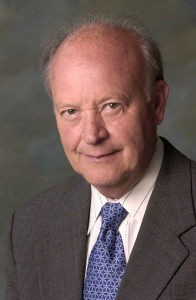 Weight: 130
Apparent Age: 60
Archetype: Physical Adept: Circle: Unknown
Preferred Weapon: Cougar Fine Blade
Runner Song:
Bio: The Dentist, well this man is a full fledged assassin and cold blooded killer. He has lurked on the streets of Seattle since at least the 2030’s if not sooner, his legend is whispered within the shadows for generations and no one is ever sure where he came from or where he goes this man moves with the wind. When he takes a kill it is always with a blade, and his cut is deep and fatal. though how he earned his handle is because he removes the victims teeth with surgical precision and according to coroners reports he starts the extractions while the victim is still alive. This killer has never been caught or spotted, the only photo we have of him is one he left nailed to the office door of the of General O’Brian with a scrawled note on the back saying “I’m Back, the Dentist.” This has all of us concerned cause this man has killed one person a week for over 30 years and now he is back and he made it personal by telling the General. Sadly I have very little intelligence on this man he never left any evidence, never left his victims alive, has never been seen by witnesses and moves like the wind.
What I can tell you about this man, is his killings are not random, he targets specific groups of people though that might have changed over the years his normal targets where Upper Class, Christian, Muslim, Native and Elven citizens. He would never strike children though he would make more then a few orphans through the years. The Dentist has been killing before the days of the Ghost Dance though he entered Seattle in the 2030’s and this man is methodical and he started of with perfection like he has both police and medical training. His weapon of choice is always a large blade, though he has used tranquillizers in the past.
This is one assassin that has me very nervous since we are not sure if he is an assassin, or just a very skilled serial killer who has perfected the art of murder. He has left both local and federal police forces baffled for years and he has even schooled the best within the corporate law enforcement. The Dentist being back in Seattle has many people very concerned and what makes matters worse is he is a Yates, though we have no idea the connection and if joins forces with the Brothers Grimm the city will have a true nightmare to deal with and no one will ever sleep easy again.

This is dedicated to all the warriors of the shadows who have fallen in the line of duty. RIP    Crazy Glue: Killed in the Jackals Lantern by an unknown assailant, Her Murder is still under investigation by SPD  Wallace: HRM member killed in the Scottish invasion of England. Rot in Hell Wallace  Tommy: Member of the Regulators recently killed by SPD    Grimm: Member and Leader of the now defunct Ministry, killed by SPD C-SWAT. During the Deaths Hand Invasion  Mr. Walter O'Neil (Sarge): Member of a group only referenced to as the Post Office, He was killed in … END_OF_DOCUMENT_TOKEN_TO_BE_REPLACED