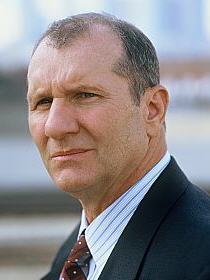 Bio: Fusion is a runner that normally operates within the California Free State (CFS) and he was a hot commodity down there being a specialist in all things large. I mean heavy weapons, this man is not a rigger but the ultimate gunner, he can fire these weapons with all the precise accuracy of a sniper. Yes he can absorb the recoil of a minigun and unload a payload of rounds all in the same location. He can dot an I at 500 yards with a Panther Cannon and he can land a rocket in the lap of a target miles away. This man is one scary son of a bitch and he just doesn’t care who he works for as long as there credits are good. Rumours on the street report that Fusion has made his way north into Seattle to score the higher paying jobs available here and as well for the challenge that working in Seattle brings.
Fusion is to blame for the burning of Los Angels in 2058 and setting off the big one that almost shock California of the map back in 2068. I don’t know how he did it, and I don’t want to know. But from my contacts it seems Alexander wants to know, I do hope Fusion has national pride and tells Alexander where to stick it. Fusion is a true master of these weapons and is well a weapons technician and gunsmith for all heavy weapons. So never think Fusions weapons are stock and there payload is normal, it’s not. He mastered the sentry system and basically has a cybernetic rig that allows him to unleash naval grade weapons assaults from basically anywhere. So treat this man like you would Claw, just claw looks like a lunatic Fusion looks like a regular business conservative man. Don’t let that fool you in any way he is a monster and his guns can kill you and everyone in a 50 foot radius of you. So do yourself a favour and steer clear and seek adequate shelter as you contact SPD.

This is dedicated to all the warriors of the shadows who have fallen in the line of duty. RIP    Crazy Glue: Killed in the Jackals Lantern by an unknown assailant, Her Murder is still under investigation by SPD  Wallace: HRM member killed in the Scottish invasion of England. Rot in Hell Wallace  Tommy: Member of the Regulators recently killed by SPD    Grimm: Member and Leader of the now defunct Ministry, killed by SPD C-SWAT. During the Deaths Hand Invasion  Mr. Walter O'Neil (Sarge): Member of a group only referenced to as the Post Office, He was killed in … END_OF_DOCUMENT_TOKEN_TO_BE_REPLACED