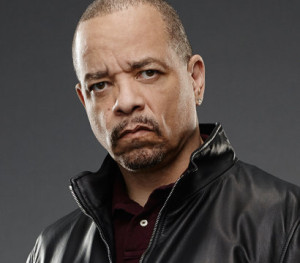 Weight: 175
Apparent Age: 45
Archetype: Physical Adept: Circle Unknown
Preferred Weapon: Katana
Runner Song:
Bio: Bedrock well this man is very at home inside the Rattlers, he hails from Las Vegas inside the Ute Nation and once the the Treaty was signed he was run out of his home and state and forced to relocate with nothing but the clothes on his back. Bedrock has taken his anger out on those that he was once forced to run from, he started working for Puppet Master and the Warden as a Hit Man for them taking out Native targets and bringing old school Vegas justice down upon them. Though when Bedrock went to far and started murdering indiscriminately even his employers had to cut him loose and he was once again on his own fighting a personal war that only had one outcome his untimely death, that was until he met Gunny and the rest is history as Bedrock joined the Rattlers and now has a band of brothers to watch his back. This man is a physical adept of unknown power and he wields that katana with all the skill of a true samurai master, he hunts the shadows and crawls through the wastes and wilds with all the skill of a Apache warrior. Bedrock has nothing to loose as well so don’t expect any mercy from this killer, he might be part of a mercenary unit but he has no code of honour and will do whatever he needs to do to survive and get revenge. He is loyal only to the Rattlers, so don’t even try to persuade him otherwise, this man is all business all the time so try not to make any jokes around him or it might just cost you dearly.

This is dedicated to all the warriors of the shadows who have fallen in the line of duty. RIP    Crazy Glue: Killed in the Jackals Lantern by an unknown assailant, Her Murder is still under investigation by SPD  Wallace: HRM member killed in the Scottish invasion of England. Rot in Hell Wallace  Tommy: Member of the Regulators recently killed by SPD    Grimm: Member and Leader of the now defunct Ministry, killed by SPD C-SWAT. During the Deaths Hand Invasion  Mr. Walter O'Neil (Sarge): Member of a group only referenced to as the Post Office, He was killed in … END_OF_DOCUMENT_TOKEN_TO_BE_REPLACED