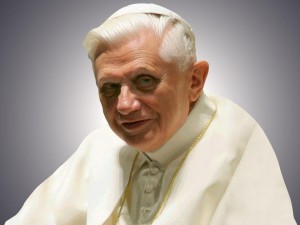 Bio: Gladius well this runner is another member of the Hand who asked by Caligula to send a brutal and violent message to the people of the Vatican, and lets just say Gladius was more the happy to oblige. This man hails from Berlin but defected to Italy just before the HRM took control of that country and he joined the Hand after Alexander started his European conquest. Gladius is friends with Caligula and Achilles of the Hand and has even taught those madmen a thing or two about armed combat. So when Caligula needed his friends help with the Vatican situation Gladius was inclined to help and help he did. The Vatican has always stood in defiance to the Hands Rule of Italy and Alexander just let them be, as he figured the Pope could be dangerous to the Hand if he started preaching against the Hand, and if Alexander or Caligula attacked the Pope or the Vatican he would have to deal with a sudden Catholic uprising. Well Just after the Hand assaulted the beaches of England the Pope sent out a call for a Crusade against the Hand and Alexander was right, the Catholics were becoming a problem for his forces in many different nations and within the walls of the Vatican the Pope was able to keep the fight going. Caligula needed a man who was both a master of martial combat but as well very skilled in the arts of political warfare. He knew the only man he could trust to put down the Vatican uprising was Gladius, and boy was he right, Gladius gathers a small squad of some of the Hands best solders and marched into the Vatican, On the first Sunday of Advent just after service Gladius and his men entered the city. The streets of the Vatican ran red with blood that Sunday and these men fought hard and pressed on against all odds they sadly conquered the Vatican square and Gladius made his way into the High Cathedral to confront the Pope and his Bishops himself. Well we have no idea what actually happened while Gladius was inside the Cathedral but we do know what after. Gladius emerged on the Popes Balcony overlooking the battle ridden square of blood, bile, and bodies and tossed the decapitated body of the Pope down to the crowd and held the head up high in one hand and his sword up with the other and bellowed out to the frightened and saddened people “Your Pope is Dead, Your Guards are Dead, Your God has Abandoned You!”  He then drove the head of the Pope onto one the spires on the balcony and placed his blood stained white skullcap on his head and declared himself the new Pope, and the Hands Law is now the Churches Law.
Gladius has had to deal with minimal uprisings do to the presence of Caligula’s forces at there door, and Gladius’s men being inside the Vatican City, Alexander has authorised Gladius to be a General and has sent a force from Africa to reinforce Gladius and his new role as the Pope. The Catholic uprising hasn’t fully ended do to the death of there old Pope though. The fighting mostly quieted down as the Catholic leaders might not like it, but Gladius is in charge though not legitimately. He is still there Pope, so the uprising subsided slightly, Alexander’s forces have less to deal with when it comes to those rebels and Alexander also issued a statement to those involved in the uprising, if you surrender yourself to your nearest Deaths Hand Base peacefully, you will not be executed and your family will be spared. Otherwise under the orders of Alexander and Gladius all who fought in the uprising will be hunted down and captured and delivered to the Vatican to have there bodies decorate the walls like the Knights Templar once did. Well this Christmas season many Catholics Rebels are being rounded up to be hung on Christmas Eve in the Vatican. Gladius plans on having these defectors executed during the live televised Christmas Eve Vigil Service. What makes this even worse is Gladius is a known heathen and is not Christian or Catholic in any way shape or form, this man is wearing a costume and pretending. This man is more then happy to execute these true Catholics out of spite, I have no idea why Alexander is letting this happen or even let a heathen pagan into his ranks, let alone inner circle but guess it’s more hypocrisy. Gladius you will get yours, you are no Pope, you are nothing than a murderous tyrant and if history tells us anything all tyrants get executed. I will be doing the dance of joy when it comes time to your hanging, burn in hell you bastard.

This is dedicated to all the warriors of the shadows who have fallen in the line of duty. RIP    Crazy Glue: Killed in the Jackals Lantern by an unknown assailant, Her Murder is still under investigation by SPD  Wallace: HRM member killed in the Scottish invasion of England. Rot in Hell Wallace  Tommy: Member of the Regulators recently killed by SPD    Grimm: Member and Leader of the now defunct Ministry, killed by SPD C-SWAT. During the Deaths Hand Invasion  Mr. Walter O'Neil (Sarge): Member of a group only referenced to as the Post Office, He was killed in … END_OF_DOCUMENT_TOKEN_TO_BE_REPLACED