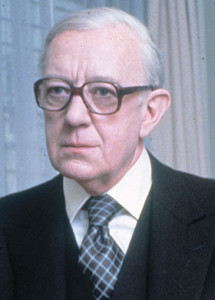 Bio: Omen is a hunter, this man stalks the streets looking for his next victim. Who he hunts well that we know, he targets politicians, clergy, and business men and women. This man’s targets never know death is lurking in the night, he strikes from the shadows and always runs them through with his sword. He leaves his victims to bleed out from there fatal wound, as no magic or medical help can stave off death if Omen strikes. He has killed priests while they delivered Mass or Service and the worst was a kill he did on Christmas Eve, when he left a whole congregation in shock and fear as he struck with lightning speed after receiving holy communion, he struck the Priest in the chest and then calmly walked out of the church leaving the man to bleed out at the alter. How he choices his targets is a mystery, I have no idea if he is hired, or he just chooses who lives and who dies at a whim.
I have heard a rumour that Omen is a moderately religious man and has been seen attending service at various Churches for Sunday Service, but this is a rumour, since a man of religion would have morals and Omen has none. Let this be a warning to all my readers, Omen has no specific city he calls home, he hunts the night and strikes fear into the hearts of people. his wounds are always fatal but death is slow, painful and cold. He seems to strike targets with a religious background and most have families that now mourn the lose of there loved one.
Omen is part of there Patriots and this is another reason to think this group is up to no good, any group that would accept the likes of Omen, Omega, Spade, Digger and others like them is not a group with honour and one that must be preparing for something big in the coming days. If you see Omen do yourself a favour and call the authorities this man is on the Boston PD’s Top Ten List, then get to safety.

This is dedicated to all the warriors of the shadows who have fallen in the line of duty. RIP    Crazy Glue: Killed in the Jackals Lantern by an unknown assailant, Her Murder is still under investigation by SPD  Wallace: HRM member killed in the Scottish invasion of England. Rot in Hell Wallace  Tommy: Member of the Regulators recently killed by SPD    Grimm: Member and Leader of the now defunct Ministry, killed by SPD C-SWAT. During the Deaths Hand Invasion  Mr. Walter O'Neil (Sarge): Member of a group only referenced to as the Post Office, He was killed in … END_OF_DOCUMENT_TOKEN_TO_BE_REPLACED