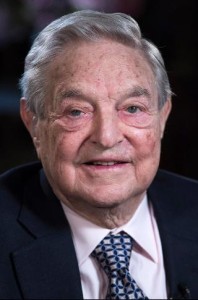 Bio: This is a man I have a great deal of respect for professionally as he is a reporter, though thats where the respect ends and I cant condone his actions or the way he goes about gathering his intelligence. This man works as a war correspondent and that means he is placed in delicate situations to bring the people of this great nation the news from the front lines. We as journalists are sworn to report the truth and as well never take a side in any situation and remain neutral. Well for Stringer he has sold those ethics for a handful of credits and he reports exactly what the mercenary commanders want him to report, he has taken up arms against the enemy of whatever camp he is working for at the time and this man will use his credentials to infiltrate the opposing sides camps and steal vital documents and assassinate prime leaders. The Stringer might see himself as fighting the good fight, but he is actually damaging the integrity of the entire profession, with the likes of Hound, Snoopy, Cyclops, Owl and Anchor also having sold there ethics for some credits the damage they caused the noble profession might never recover from.

What makes Stringer worse is that he has taken this to the extreme in actually taking the life of the person he is supposed to interview and then hiding from prosecution by claiming it was an act of war and he is a soldier of fortune. He like many of his ilk might claim to be freelance, but he is a card carrying member of the Sons of Liberty (Freedom Patriots) and has been working deep within the boarders of the Sioux Nation stealing tactical information and assassinating shamans, and other members of their government. He changes his documentation often so keeping track of this man’s whereabouts is not easy.
The Stringer has a long list of bodies behind him and he see’s himself as fighting the good fight and doing Gods work, this is not how a reporter should ever act or behave, we should go to the grave holding true to our ethics. Though for Stringer thats not the case, well when it comes to his combat abilities do not underestimate this man, he has been trained by the best and most elite mercenary camps out there. He is very skilled at blending in and seeming non-threatening this is not the case when it comes to Stringer he is very lethal and has no morale compass and zero ethics so he will do whatever is needed to help the cause of the Patriots and help spread the lies they tell.
Page Written By: Shadow Writer

This is dedicated to all the warriors of the shadows who have fallen in the line of duty. RIP    Crazy Glue: Killed in the Jackals Lantern by an unknown assailant, Her Murder is still under investigation by SPD  Wallace: HRM member killed in the Scottish invasion of England. Rot in Hell Wallace  Tommy: Member of the Regulators recently killed by SPD    Grimm: Member and Leader of the now defunct Ministry, killed by SPD C-SWAT. During the Deaths Hand Invasion  Mr. Walter O'Neil (Sarge): Member of a group only referenced to as the Post Office, He was killed in … END_OF_DOCUMENT_TOKEN_TO_BE_REPLACED