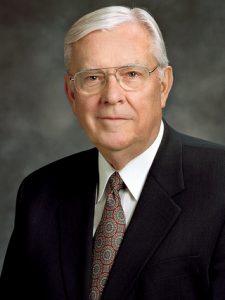 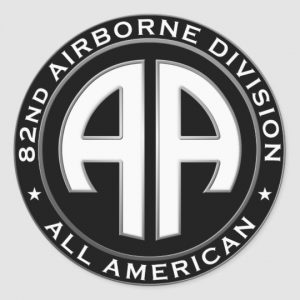 Bio: Well we all where thrilled to learn the Cynic had fallen in battle during the Fight for Freedom 12/30/74 – 01/02/75) and that would prove to be false as he has resurfaced on January 5th 2075 walking out of a small medical clinic in Pennsylvania. The death of the Cynic was a great boost to the moral of the UCAS Loyalists seeing he commands a division of the fiercest the Patriots have to offer called the All American or simply AA, this commander is the one that all others in the Sons of Liberty dare to become and model themselves after. The Cynic is not a ruthless commander and not a ruthless man on the battlefield as he personally leads by example and it’s his fierce dedication and patriotism that guides the AA or better known as the 82nd Airborne.

This man from Tennessee has forgone his southern roots and has dedicated his life to the restoration of the Old World Blues and bringing America back from the brink of extinction. They say that Lesley is from the Edwardian Generation and a man that was gifted immortality before leaving for the First World War and thus has seen the rise of modern warfare from the start and has fought within the trenches and as well jumped out of planes straight into hell numerous times and to think that this old school soldier would be so easily killed in battle.

Well it seems that we were wrong and the Cynic is still alive and well and lets say this man is not happy with being shot numerous times in what was said to be an ambush attack. This old school warrior is now back and he will be taking his revenge out upon us all and unleashing the 82nd All American Hell Cats upon us and if you think this is going to be something the UCAS Loyalist military can simply shake off you are dead wrong. The Hell Cats have more than one dragon under there belt and many other extreme paranormal threats have fallen to the Cynic and the AA. Not to mention the many battles that have gone the way of the Sons of Liberty thanks to the brilliant mind of Lesley Bunker and his quick adaption and lifetime of warfare.

This is one patriot that I am sad is not deceased and I hope that one day his neck gets broken in the noose for the sins he committed against the UCAS and all of the UCAS soldiers he killed personally. Lesley is not a mercenary he is a stalwart Patriot through and through and a total professional; when not commanding his 82nd he is serving within the Rough Riders and working directly alongside General Ralph Rivers and Colonel David Rockford leading the Rough Riders to victory against all odds. This man is an irreplaceable asset to the Sons of Liberty and thats why his death was something worth celebrating….well it seems that celebration was premature and the Cynic is here again and he will be a serious pain in our ass.

Bunker joined up with the US Elite from the start and aligned the 82nd Hell Cats or simply the All American with the Elite as their Airborne division and to help bring a level of true dedicated patriotism to the rebellion. We are supposed to believe that Lieutenant Colonel Lesley Bunker is a man of honour and man off true dedication and not just a murderous terrorist that has taken up arms against a system that he served and a nation he bleed for. He is the man many of the patriot commanders aspire to become and yet they are all ruthless warlords and warmongers, so that says volumes about the Cynic and his actual tactical nature.

Allot can be said about a man in public but behind closed doors the real monster can come to light and seeing he is from Tennessee that’s all we need to know he climbed through the ranks from Enlisted to Non Commissioned Officer to Commissioned Officer and holds degrees from multiple of Old America’s war colleges and military academies. He has been through ever iteration of infantry and airborne training and watched warfare evolve and devolve back to trench warfare and for that we can thank the Cynic as he saw the new magical assaults as a new form of mass destruction and trench warfare would take the line of sight magical spells out of the equation.

If it wasn’t for the Cynic this rebellion might have been over and brought to a quick conclusion, this man even volunteered for service within the Ghost Division and would bring his new trench warfare with him to England and as we learned the elven forces where not prepared for the trenches as their fireballs and hell fire was ineffective against a army they couldn’t see and the fires of hell would wash over the trenches and leave their casters exposed to return fire.

Though for this immortal solider who already fought in World War One and Two and was involved in the Battle of the Argon this new fight in 2018 had to be a hellish reminder and hopefully traumatised him further. Lesley would be decreed the hero of that battle and the man that saved the day and would return to America a Sentinel and war hero…thankfully the British government would decree the Ghost Division outlaws and begin to round up the survivors and those that didn’t escape would be hanged within the city square of London Town on November 11th 2021 ironically Remembrance Day or in America Veterans Day. This would be a day we in the true demure celebrate and a day that should have contained the rest of the surviving Sentinels and we revere Lord Edgar Malone for his service to the crown for executing the men that resisted and killed our elven brothers.

So for all those reading this on November 11th please raise a glass to Edgar Malone and remember his sacrifice for hanging ten of the surviving Sentinels and send hopeful thoughts and well wishes as he tries to finish the job and bring every Sentinel to justice at the end of a rope. The Cynic might have escaped death this time but he will not escape the justice system as the World Court comes for him and brings him back to London in shackles to face the rope with the rest of his murderous friends.

Now I am going to say that the Cynic is no joke in battle and he is not to be underestimated as he has been a military man for well over a century and half and honing his skills and the Sentinels are’t known for being slouches in battle look at their early roster from the originals to those that joined after; were talking about Walter Segal, Jerry Neely, Sid Malone, Rudolph Malone, Marvin Yates, Douglass O’Bannon, Hershel Horowitz, Forrest Churchill, Tudor Yates, Richard Longshanks, Joseph Millburn, Lesley Bunker, Erwin Forscythe, Noah Baxter, Tracy Appleton, Reverdy Appleton, Russel Winters and many others would go on to become the Ghost Division and their legend would inspire and entire generation of youths to join the rebellion and stand and fight like the supposed hero’s of the Sentinels.

These men disregarded direct orders and stood and fought against an enemy that had already been surrounded too and they fought for three days and three nights against their new rulers the superior race. The killed them with impunity and when they smoke cleared they were hailed as hero’s as they forced the Tir into surrender and submission as they used dirty tactics and old school warfare to bring them to a bloody end. If they simply followed orders this rebellion would be over and the United Kingdom would be fully under the control of the Tir and the humans would be slaves to the superior race.

The Cynic would continue this genocidal form of war once he returned from England and bring the fight directly to the elven military within the Tir Tangier, his 82nd would never rest till they punished the elven military and citizen for their supposed crimes against mankind. Simply false just another verifiable fact of his brutality and his raciest nature, this man would as well take military action against the natives and use the death of his family as justification for his actions…well I call it justice and Lesley your wife, children and grandchildren got what they deserved and you will one day as well you old bastard. You murdered my Grandfather on that battlefield illegally when your worthless race had already surrendered and now you hold your heads up high as the Ghost Division, lies your are a rat bastard and I will be singing praises when you are swinging with a broken neck.

Now when it comes to the Cynic and his involvement with the US Elite it’s a joke and a cover for more genocide against the elven people, they need a reason to pollute the minds with their hatred and well who better than the legendary commander of the 82nd and his heroic Hell Cats that every bright eyed recruit will long to join. Though in order to join the AA they will have to be brainwashed into hating the elves and seeing the Tir as the enemy instead of the rightful ruler of the free world.

This bastard has proven to the entire world that the rebels have zero interest in laying down their arms and accepting their rightful place as the slaves to the elves a right that was stolen from us in 2018 and they continue to illegally persecute us for trying to stake our godly right. They are the racists and the Cynic is their poster child and the man that they all look to to model themselves after a raciest, murderous bastard that needs to hang and I don’t even wish for a simple broken neck for Lt. Colonel Bunker but a long drawn out suffocation where he is begging for his life.

This is dedicated to all the warriors of the shadows who have fallen in the line of duty. RIP    Crazy Glue: Killed in the Jackals Lantern by an unknown assailant, Her Murder is still under investigation by SPD  Wallace: HRM member killed in the Scottish invasion of England. Rot in Hell Wallace  Tommy: Member of the Regulators recently killed by SPD    Grimm: Member and Leader of the now defunct Ministry, killed by SPD C-SWAT. During the Deaths Hand Invasion  Mr. Walter O'Neil (Sarge): Member of a group only referenced to as the Post Office, He was killed in … END_OF_DOCUMENT_TOKEN_TO_BE_REPLACED