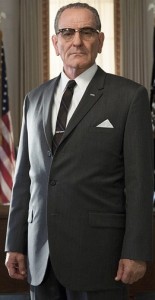 Bio: It is time to talk about the patriot known as Beetle or the Beholder, this man is a real bottom feeder and this is only proven further by his life long career as a politician. Beetle has also managed to live a double life till know as a runner by night and statesman by day, this will hopefully end after this article goes live. The Federal District doesn’t need any double crossing back stabbers inside the system with all the problems this war is currently bringing and the Confederate invasion of the Federal District, we need all the true patriots that bleed UCAS and not this old school politician that has some how managed to remain in power for decades. The Beetle is the state senator for Massachusetts and resides within Boston when he is not in the capital. I could bore you with a detailed account of his long career and voting record though I will leave that for you to do some independent research on this specific senator. Beetle has had a very long career and he keeps getting re-elected and their is nobody that dares to in opposition of him and this is for a very good reason. The Beetle is a card caring member of the Freedom Patriots and as well part of their elite combat unit known as the Rough Riders, this means that he can make anyone vanish with a single phone call or a snap of his fingers so their is not a soul brave enough to challenge one of Colonial’s golden boys.

The Beetle is not afraid to use his status as a patriot to garner fear from those that disagree with him and he has been able to sway votes to his favour and in doing so benefit the terrorists of the Patriots. He is on a quest to bring down the system from the inside and with his uncanny charm, oratory ability unseen by anyone since Winston Churchill and his staunch stance and political views that seem to appeal to a majority of the citizens of the UCAS it seems that the Beetle is well on his way in fulfilling his goals. This man started off in politics with his landslide victory for the open seat in congress back in 2004 and has managed to remain in office ever since, while he was in congress he fought long and hard against the wills of the open minded citizens and held true to his conservative principals eventually winning the seat as the speaker of the house in 2017 a station he would hold till 2034 when he would win the senate race. Though during his time in Washington the Beetle would see the fall of America and the rise of the UCAS, the Civil War, the Ghost Dance and the patriots assault on the Native Americans. He would also witness the fall of many of his fellow congressman and senators to the will of the freedom fighters and the pleas of the American people. He would witness the assassination of the President, Vice President, the Speaker of the House a seat he would claim shortly after and the minority leader being assassinated by a turn coat.
During this time the Beetle managed to remain in office and alive even though he stood in direct contest to the current administration and he would use these events as his platform to win the people over and cement his place inside the new America. Throughout his career he has managed to be a thorn in the side for anyone who supported the new government and he has held true to his old American Christian values, though if they only knew that their beloved Senator was actually a cold hearted killing machine that see’s nothing wrong with ending human life and murdering entire families as they sleep. The Beetle basically is a home invader that uses his position a as a senator to gather vital information about anyone who stands against the false cause he fights for. This man then slips into their homes in the dead of night and make’s quick work of his victims before disposing and destroying the evidence.
This is the man who the people of the UCAS keep putting back into office and for some reason the FBI doesn’t seem interested in bringing charges against him for murder or treason. They just allow this killer to remain in operation, and this allows him to continue to use intimidation tactics on the senate floor. This is also compounded by his status inside the senate and his position as the majority leader and the chairman of the judicial oversight committee as well as multiple other committees he heads. I guess no one dares to anger a man that can destroy your funding with a single pen stroke, and add to it his vast popularity with the people and you have an untouchable madman.
Their is no actual physical evidence of the Beetle actually committing any of these horrific crimes, but all signs point to him and that should be enough to start an investigation. This again might be do to his kinship with Secretary McDaniel who has some serious pull within the FBI, with everything in place the stage is set for the Beetle to make his next move. This has already begun and any citizen of the UCAS should be terrified if this man’s ultimate move succeeds. The Beetle is currently campaigning to be president of the UCAS and this is very bad for all the loyal citizens of the UCAS, his poll ratings are high and with the election less then a year away this will only intensify.
The Beetle is part of the problem and he is directly behind a vast majority of the attacks that have been plaguing many of the cities in the UCAS, he has filibustered to stall legislation, he has used physical intimidation and cold blooded murder to stack the deck in his favour so he should really be in prison stripes and not wearing pin stripes and oxfords charming his way right into the highest office in the country. Remember citizens this man serves the Freedom Patriots Loyally and if he wins the election during a time of war, he can fully usurp the authority of the government and become the first legally elected king and never relinquish the throne as he systematically rapes the UCAS from within. The Beetle should never have been given the chance to become this entrenched, though hindsight is 20/20 when it comes foresight. This single politician has now become one of the most dangerous people to our way of life and do to it being an election year we stand to loose even more if he wins the seat. So keep this in mind citizens do you really want a president that is as cold and calculating as the Beetle and do you want a man in command who serves the enemy and wishes your sons and daughters to be slaughtered by his murderous friends. Citizens you need to cry out and demand the Beetle is removed from office, he is officially charged with murder and treason and not allow this Patriot to usurp your rights systematically destroy everything within the first few hours he is in office.
Page Written By: Concerned Citizen

This is dedicated to all the warriors of the shadows who have fallen in the line of duty. RIP    Crazy Glue: Killed in the Jackals Lantern by an unknown assailant, Her Murder is still under investigation by SPD  Wallace: HRM member killed in the Scottish invasion of England. Rot in Hell Wallace  Tommy: Member of the Regulators recently killed by SPD    Grimm: Member and Leader of the now defunct Ministry, killed by SPD C-SWAT. During the Deaths Hand Invasion  Mr. Walter O'Neil (Sarge): Member of a group only referenced to as the Post Office, He was killed in … END_OF_DOCUMENT_TOKEN_TO_BE_REPLACED